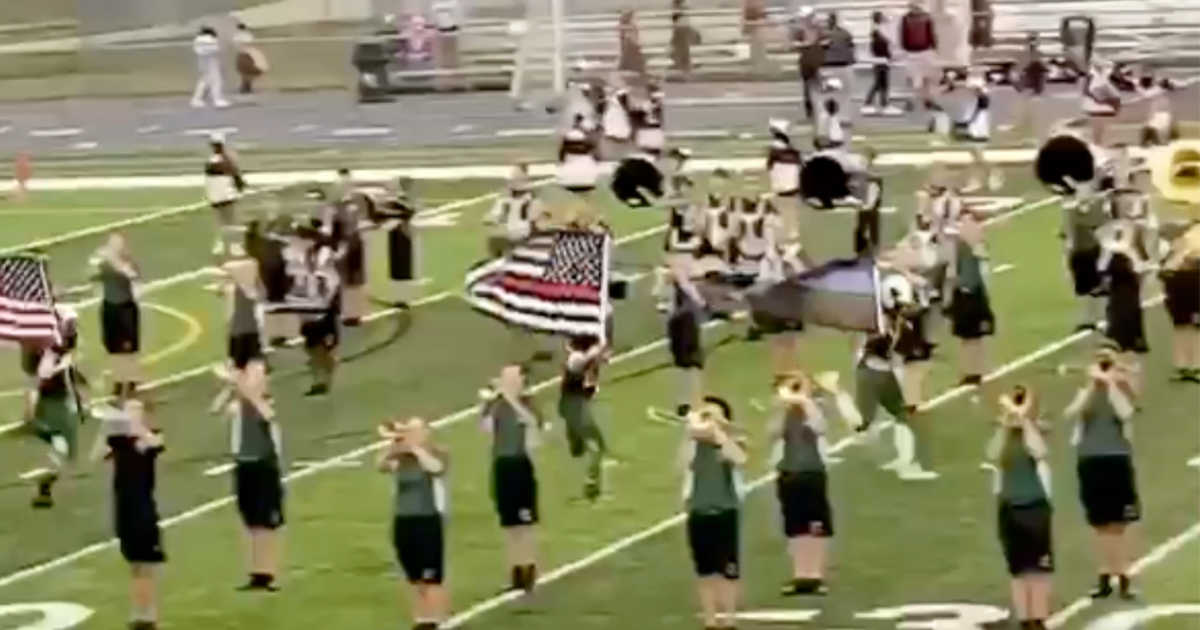 Two high school football players in Ohio were briefly suspended after carrying first responder flags onto the field to honor the fallen heroes who died on that fateful day 19 years ago.

As per reports, the boys – one the son of a police officer and the other the son of a firefighter – were set to play with their team on September 11. The game was advertised as “Patriot Night,” and so, somewhat fittingly, they brought with them a “Thin Blue Line” and “Thin Red Line” flag. Another teammate carried the American flag behind them.

Their request for permission to carry the flags had been denied by district officials however. As a result, two days after the game, on Monday, September 14, they found themselves suspended.

Brady Williams, the son of a cop, plays cornerback for Little Miami High School. As per reports, he said that he was carrying the flag to honor the victims of the September 11 terror attacks.

Jarad Bentley, the son of a firefighter, carried the “Thin Red Line” flag beside Brady. Both boys denied that the move was politically motivated.

The board of education and district administrators are said to have eventually agreed to overturn the athletic director’s suspension yesterday (Tuesday, September 15).

Board of Education President Bobbie Grice said in a statement: “The results show that there were no political motivations behind this display of support for first responders on 9/11. But there were stances of insubordination.”

Brady and Jared will now be allowed to return to practise – their coaches can determined if they will face any disciplinary action.

Brady claimed: “I don’t care what my consequences are. As long as my message gets across, I’ll be happy.”

Jared was equally defiant. “My dad is a firefighter,” he said, “and if it had been him killed on 9/11, I would have wanted someone to do it for him.”

I’m not sure how I feel about the initial decision to suspend these two boys for trying to honor our fallen heroes. I understand precedents can be a dangerous thing to set, but in this instance I fail to see the harm?

What do you think? Let us know your thoughts in the comments box on Facebook.

Meanwhile, share this article on Facebook to pay tribute to the brave men and women who lost their lives in the September 11 attacks. They will never be forgotten.