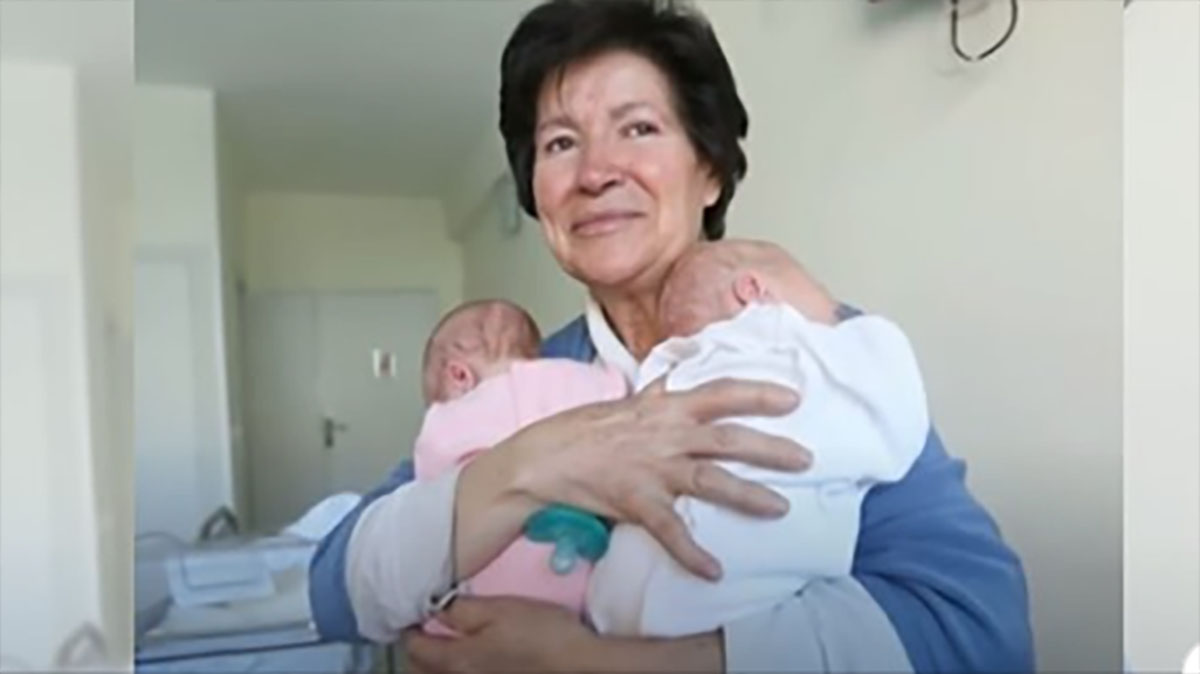 Mauricia Ibanez is thought to be the oldest living mom in Spain after giving birth to twins in 2017 when she was 64 years old.

The now 69-year-old had traveled to the U.S. for IVF treatment and gave birth at a hospital in the northern Spanish city of Burgos on Valentine’s Day.

But her babies Gabriel and Maria de la Cruz were taken into foster care shortly after they were born.

“They are taking everything from me any day they take the children from me,” Mauricia told BURGOSconecta last year.

Since their birth Mauricia has been permitted occasional visits to her now four-year-old children while they were in foster care.

In upholding a decision to remove the children from her care the court found the twins were not being cared for in “optimal conditions,” Nius reported.

It’s unclear what health conditions the mother has but the twins were found to be “in an obvious situation of vulnerability” because of her inability to care for them, the Mirror newspaper reports.

The court said the decision was based on expert opinion not relating to her age or mental health.

According to the British newspaper ten days after Mauricia came home from hospital after delivering her babies via Caesarean section, authorities said the twins were “at risk.”

Mauricia has another child, Blanca, who was also born through IVF. She was placed in foster care in 2014 and now lives in Canada.

Mauricia says authorities “cannot bear” that she has had children at an “impossible age”.

What do you think about Mauricia having twins at 64 years old and then authorities removing them from her care? Please comment below and share this story.