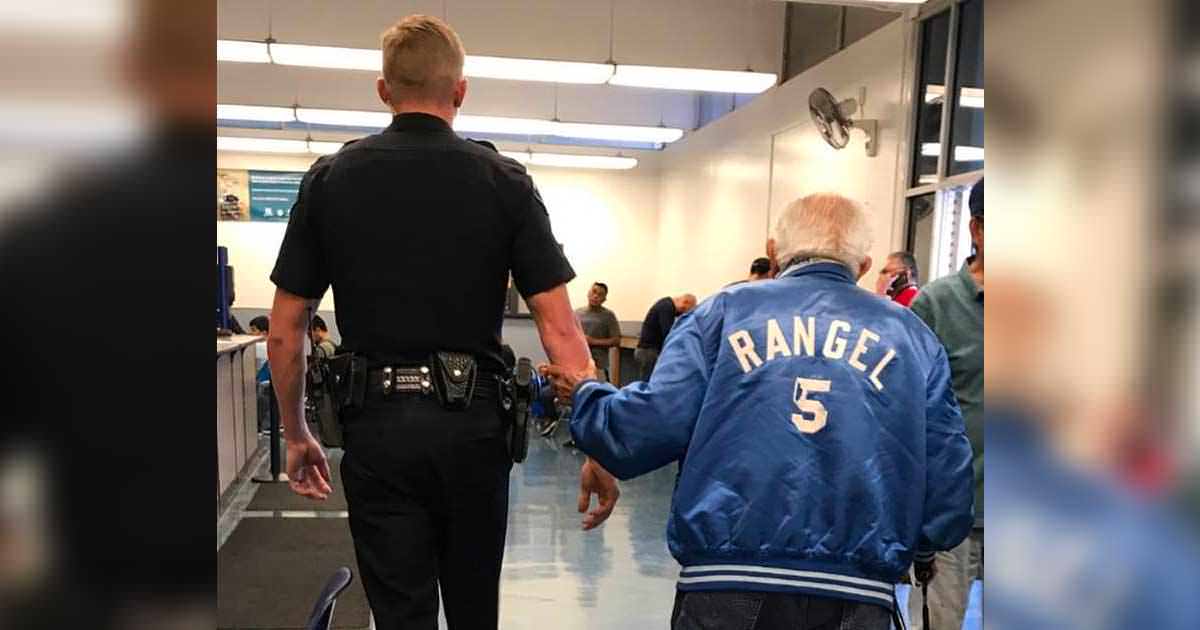 Just outside Los Angeles, California, the Montebello Police Department received a lot of attention a few weeks ago. But not for anything bad, as many people might guess about the police these days. Rather, it was quite the opposite.

The department received a call from a nearby bank about a troublesome customer. Police officer Robert Josett was the first to arrive on the scene. And when he entered the bank, he saw a 92-year-old man who was quite agitated and upset.

The man just wanted to withdraw some money from his account. But because his ID card had expired, no one at the bank could help him.

The old man couldn’t understand why and was frustrated.

There was a lot of commotion and officer Robert Josett realized he had to intervene.

But instead of throwing the old man out of the bank and leaving him on the street, officer Robert took the man to the Department of Motor and Vehicles and helped him get a new license, reports KDVR.

Then, they went back to the bank before it closed, and officer Robert helped the man withdraw money.

Later, the Montebello Police Department posted a picture of officer Robert escorting the old man into the bank again, and praise poured in from around the country.

The picture has been shared almost 40,000 times and it really shows how the police can make all the difference in their communities sometimes.

At a time when the police are often criticized for their actions, this officer is a great example of how police should be.

Earlier today, officers responded to the Bank of America in Montebello regarding a patron who was causing a disturbance….

Share the article with your friends on Facebook if you also think that officer Robert Josett deserves to be honored for his great effort!