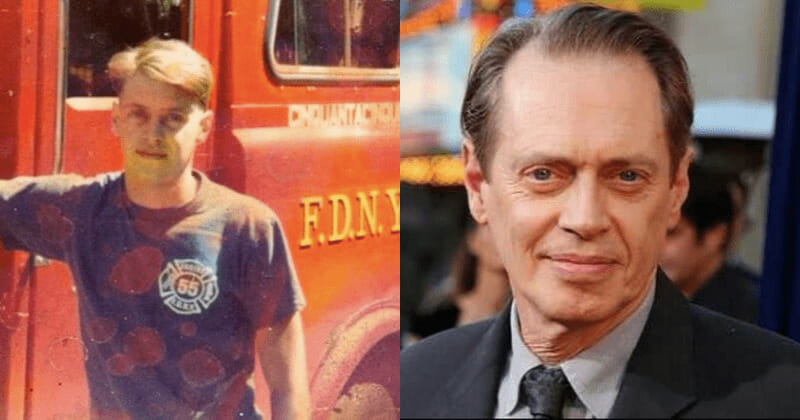 Though actors and actresses may play tough guys and heroes in movies, the vast majority of them are just regular human beings behind the scenes.

That’s not the case when it comes to Steve Buscemi, who was a firefighter before he became a success on the big screen.

Yes, the Resevoir Dogs and The Sopranos star may be a household name, but he was once just an average joe with a will to do some good in the world. And, well, we can safely say fame hasn’t changed him at all.

How do we know? Because of one story that should immediately endear Buscemi to all those out there who didn’t know it!

"Very few photographs and no interviews exist because he declined them. He wasn't there for the publicity."https://t.co/c7OsVydOl2

Little do most people know, but Buscemi spent four years saving lives and fighting fires with FDNY’s Engine Co. 55 before landing a role in Parting Glances.

Fewer still would have guessed that in America’s greatest hour of need, the 61-year-old would return to don his uniform again, despite having established himself as a famous actor.

Italian-American actor #SteveBuscemi returned to work as a firefighter for 9/11.

That’s right, Buscemi was so desperate to help in the immediate aftermath of the 9/11 terrorist attacks that he donned his firefighter’s gear and returned to work alongside his old company. The actor scoured the rubble looking for survivors, working 12-hour shifts over several days as part of the effort.

Not only that, but Buscemi didn’t want people to know about his heroic deeds. He declined photos and interviews at the time, and it was only a decade later that people realized he had been part of the 9/11 team at all.

Let's not forget, when 9/11 happened, all those years ago, former FDNY firefighter and actor Steve Buscemi rejoined his brothers with Engine 55 to help with rescue efforts. He suited up and dug through the rubble with them. #respectfdny#onceabrotheralwaysabrother pic.twitter.com/nyL9QlH455

“It was great to connect with the firehouse I used to work with and with some of the guys I worked alongside,” Buscemi later said. “And it was enormously helpful for me because while I was working, I didn’t really think about it as much, feel it as much.”

Buscemi may not have thought too much about it, but there can be no playing down what a truly awesome man he is. It warms my heart to know there are people like him in the world, and I don’t think we’ll ever be able to praise or thank him enough.

Do you appreciate what Steve Buscemi did after 9/11? Do you think he deserves tribute?