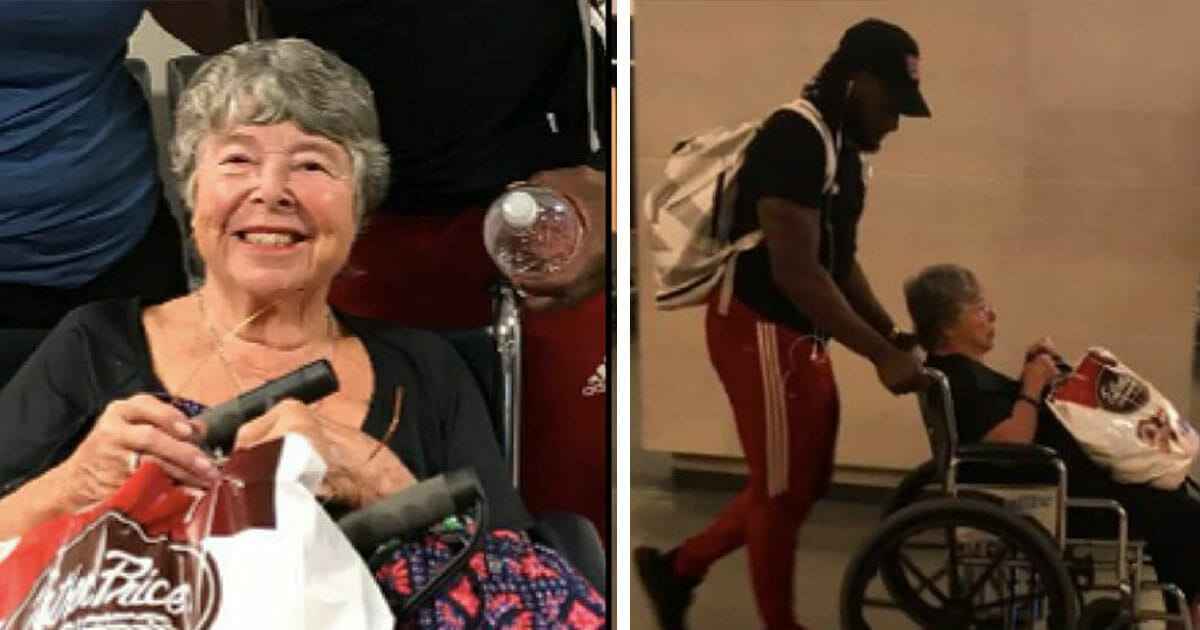 Random acts of kindness can take seconds to perform, but often live long in the memory.

Such was the case when one elderly lady was struggling to carry her bags after flying into Appleton International Airport in Wisconsin recently. As she dragged her bags behind her, a young man asked if he could help. She said yes, and so he carried her bags off the plane for her, before then going above and beyond when he realised there was no one present to push her wheelchair.

When the pair eventually got through the terminal and met up with the lady’s daughter, it became clear who the knight in shining armor was. It turned out the woman was in for quite a shock…

When one elderly lady arrived at Appleton International Airport, it was clear she was struggling with her bags. Before long, a young stranger offered to give her a hand, so she gladly accepted.

The flight attendant told the lady there would be a member of staff waiting for her with a wheelchair by the jetbridge, but when they got there, there was no one to be seen. What’s more, the wheelchairs were folded up.

The kind young man once again offered to help, and so began to push her through the terminal towards her waiting daughter.

When the pair arrived, it was the daughter who noticed the Green Bay Packers tags on the man’s luggage. She asked him if he played for the NFL team, to which he replied yes.

RT packers "“It was really cool. He seems like a standup guy. My mom & grandma both said, ‘He must have been raised very well.’”

It turned out that this woman’s aide was none other than Packers running back Aaron Jones.

Jones posed for a few photos with the woman before going on his way, expecting nothing more to be made of the event.

However, the daughter hadn’t been the only person to suspect something. It turned out an eagle-eyed fan had witnessed Jones’ act of kindness and got a snap of his own – one that would quickly go viral on the internet.

Just watched Packers Aaron Jones push a random lady through the Appleton airport because there was no there to push her ?? GO PACK GO @espn @packers @Showtyme_33 pic.twitter.com/4h4BGEVTip

Jones himself says he was surprised when he saw his name doing the rounds. “You could tell she got excited,” he said, speaking of the older woman’s daughter, “and it made me happy. But I didn’t know anybody had taken a picture until I got home and got on Twitter.”

One thing’s for sure: Aaron Jones was certainly raised the right way!

What a lovely story about an NFL player going above and beyond to help another citizen in their time of need. Perhaps the best bit about this story is that he sought no credit for this; asked for no praise or adulation. We think Aaron Jones is a credit to his sport!

Did you like reading this story? If you, too, think Jones did an amazing thing, SHARE this article to help pay tribute.