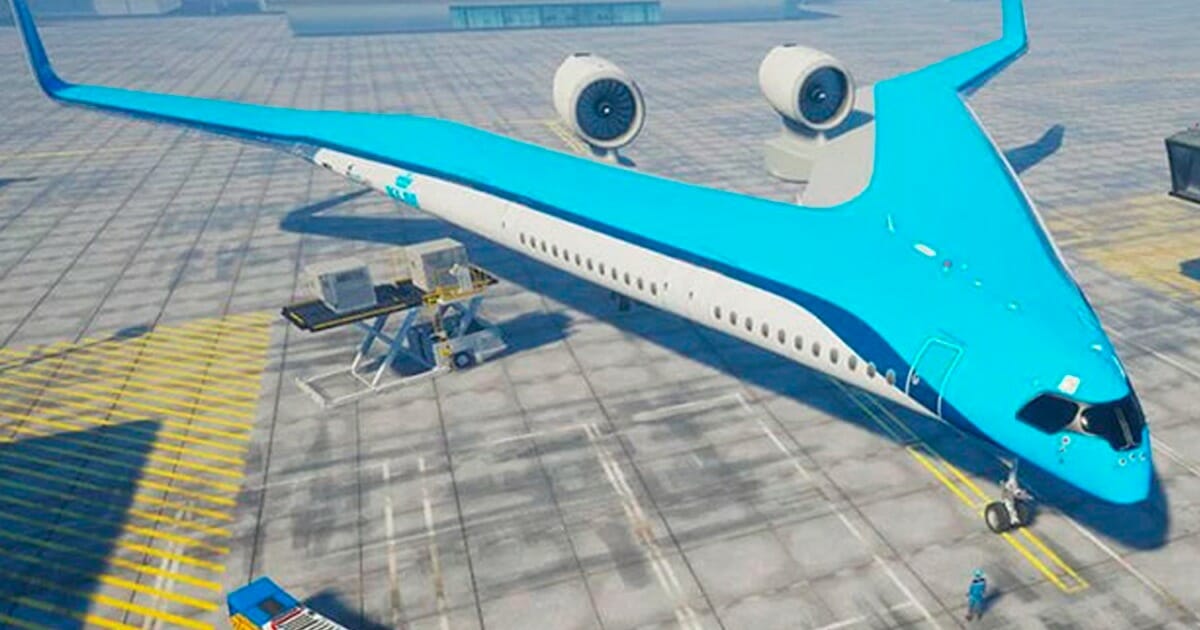 When it comes to pollution, it’s difficult to argue against the fact that air travel is one of the biggest contributing factors.

Though they may argue against it, most of the aviation companies out there have a long, long way to go when it comes to achieving sustainability. In an ideal world, air travel as we know it wouldn’t exist, thereby eliminating a lot of harmful chemicals from the atmosphere.

Of course, this isn’t practical given how the modern world runs, and so the way forward is to take what we already have and improve it. It promises to be a painstakingly difficult task, but one that’s most certainly necessary.

At any rate, it would appear the engineers at the Delft University of Technology are on the case, and they’re making impressive strides indeed.

As per reports, research of a new airplane prototype is underway at the university, with Dutch airline company KLM contributing.

The initial prototype of the plane, which holds to the shape of a ‘V’ and looks, we’re sure you’ll agree, rather futuristic, was conceptualized by TU Berlin student Justus Benad.

He created the concept as part of his project surrounding potential aircraft designs in the future, and it’s believed the plane would burn up to 20% less fuel than those used now.

Considering that aviation is thought to contribute to as much as 2.5 percent of global CO2 emissions, reducing the rate at which planes give off pollution could prove highly significant.

The first test flight for the new plane, named after the iconic Gibson flying-v electric guitar, is set to happen around September time this year, while the planes themselves (if everything goes to plan) could be ready by 2040. It’s estimated they will be able to carry around 314 passengers each,

You can see more on this futuristic plane’s design in the video below:

What do we think people? Let us know thoughts in the comments box!

Share this article so that your friends and family can get a good look at these!