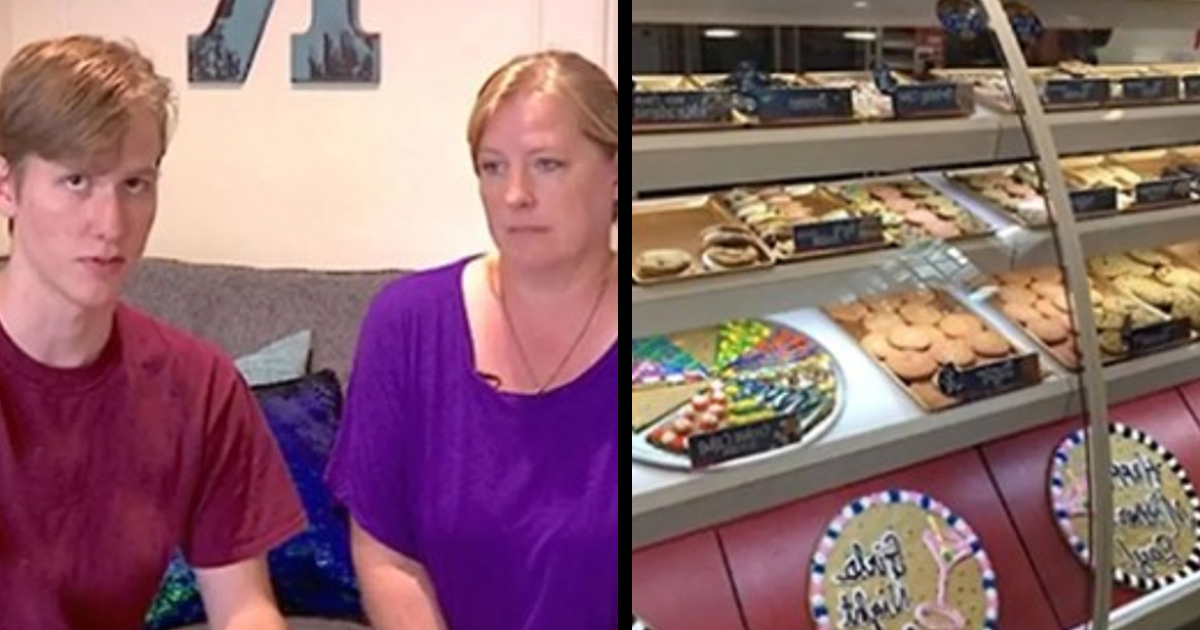 I think it’s fair to say law enforcement has had a rough time of things this year. Now, I’m not here to say whether the scrutiny is right or wrong, rather that one thing needs to be made abundantly clear: not all people who serve in the police are bad.

Far from it. The majority of officers choose that profession through a desire to do good and help people. With that in mind, I think it’s wrong for us to tarnish the entire force with the same brush just because of the despicable actions of a few.

Zach Randolph, a student working weekends at a Great American Cookies store in a mall in Texas, probably shares my view. After all, back in 2017, Zach offered to pay for a cheesecake brownie ordered by a police officer standing in line at the bakery.

What he could never have expected, however, was that his generous act was about to land him in unexpected trouble.

For Zach, it seemed a day like any other. He was busy working away when a police officer joined the queue looking to buy a cheesecake brownie. Zach decided he was going to pay for the dessert as a way of saying thanks for the officer’s service.

That might have been the end of it, had the couple standing in line behind the officer not decided to take umbrage. As per reports, they approached the counter and asked Zach to give them free food, as he had for the cop.

Zach tried to clarify that he had paid for the officer’s food himself, and that it wasn’t, therefore, free. Sadly, that served only to make the couple even angrier. They demanded that he cover the cost of their food, before calling him racist when he declined and threatening to assault him.

After several further threats, Zach’s manager was forced to intervene. Fortunately, he was able to calm the couple down, but then also moved to suspend Zach without pay, telling him that he might be terminated from his position.

Needless to say, Zach was stunned and upset. He told his mom when he returned home, and she was understandably angry.

His mom turned to social media for help, venting her frustrations and asking for advice from others. Naturally, people leapt to his defense, sharing his mom’s post and questioning the unforgivable actions of his manager.

Not only that, but Great American Cookies began to get calls from individuals wishing to know why Zach was facing the loss of his job simply for showing compassion.

What transpired was truly a win for the good guys. Zach’s manager turned up at his house asking for forgiveness and telling him he could return to work, while Great American Cookies took to Facebook to issue a public apology (see above).

In the end, Zach returned to work facing no repercussions – as should definitely have been the case – but I can’t believe it went as far as it did!

What do you think? Should Zach have faced disciplinary action for paying for this cop’s food? Let us know in the comments box.

Meanwhile, if you, like me, think that he deserves praise for taking the time to thank a police officer for his service, SHARE this article on Facebook.