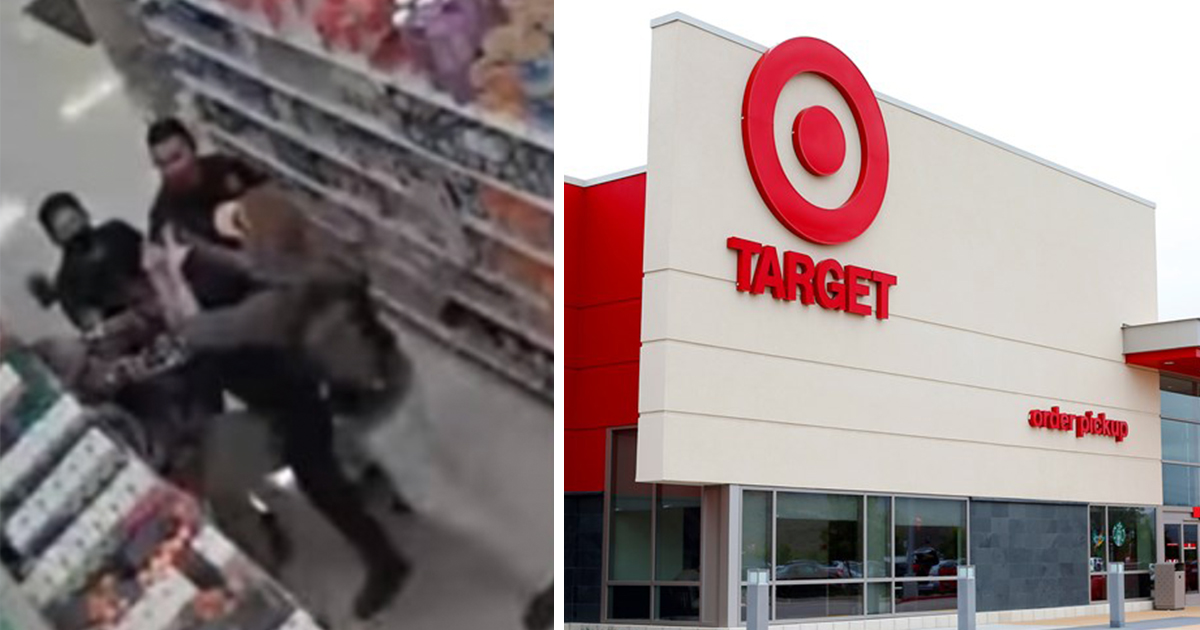 As the months drag on it appears beyond certain that the coronavirus pandemic has brought out the worst in some people.

Now, though, one of the biggest problems seems to be the people who refuse to wear masks when they’re out and about … and the things they’re doing to those who call them out on it.

As most readers will be well aware, the wearing of face masks has been recommended for everyone who needs to venture out for supplies. Sure, they’re not the most comfortable items in the world, but if it makes things safer for us all then, well, you’d have to be a paragon of selfishness not to accept them.

Of course, stores such as Target are having to enforce the mask ruling in a bid to keep their customers and staff safe. This has, unfortunately, led to a number of incidences where would-be customers have turned violent after being told they have to wear a mask.

A particularly shocking example of this took play at a Target in Van Nuys, California on May 1, after two suspects punched one of the employees when they were told they needed to leave the store.

As per the police report, the two male suspects were being escorted out of the store after refusing to adhere to the mask-wearing policy. On the way out, one of them then attacked a Target employee, leading to a fight that was caught on tape.

“As they approached the exit, one suspect, suddenly without provocation, turned and punched a store employee, causing him and the suspect to fall to the floor,” the police report read. “While on the ground, the store employee broke his left arm. A fight erupted between the two suspects and store employees.

“Los Angeles Fire Department paramedics transported the store employee to a local hospital and [he] was treated for his injuries.

“The two suspects were shortly arrested on the same day for Felony Battery and their bail was set at $50,000.”

The suspects were identified as 31-year-old Phillip Hamilton and 29-year-old Paul Hamilton.

It pains me to see people reacting violently when asked to comply with the rules and regulations in place to keep us all safe.

These men attacked an employee simply for trying to do his job – as such I hope they’re given a fitting punishment.

Share this article on Facebook if you, too, think people who behave in such a manner should face the law.