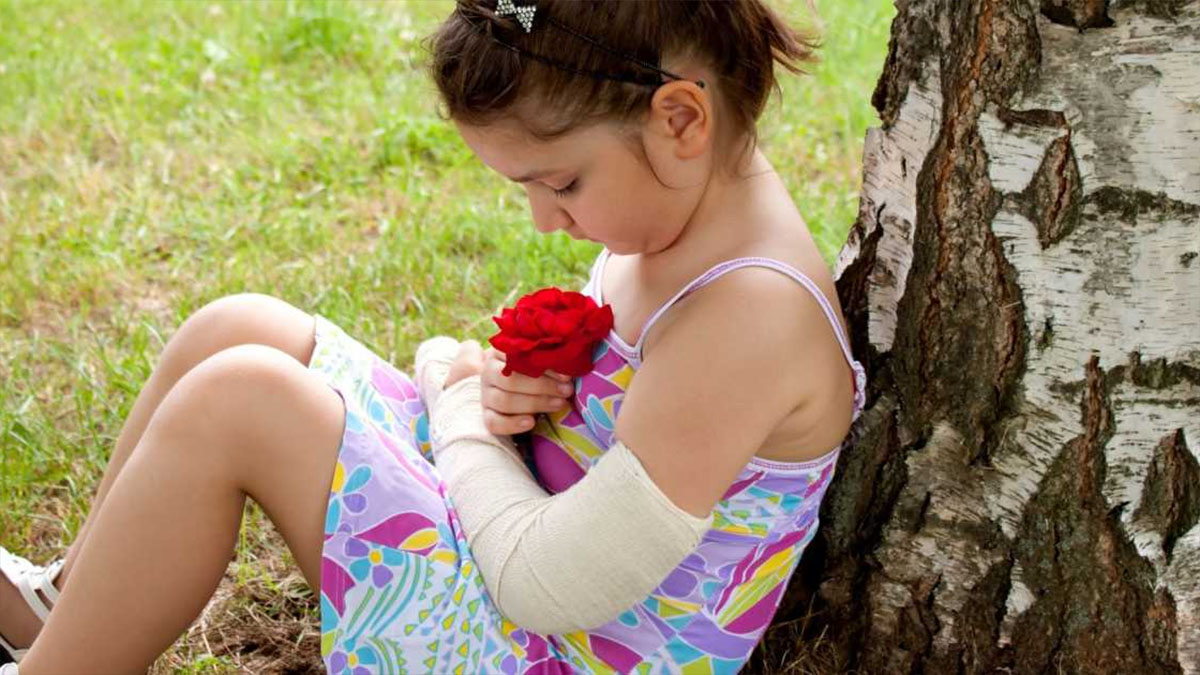 When you send your child to school every day, you hope they’ll be safe so they can thrive and get the best out of their education but when a child is being bullied they become withdrawn and don’t want to attend school.

One mom shared her daughter’s experience at school being bullied by one girl who taunted her for being adopted and for being Asian. But instead of getting the support of the school to address these issues she received a very different response.

She first shared her story on Reddit, remaining anonymous, explaining that she has five children all through international adoptions.

“This, in particular, is about one of my daughters (aged 9), I will call her Zoey as it starts with the same letter as her real name. Zoey just entered 4th grade, she’s going to school in person this year. Well one girl (I’ll call her Cat) has been picking on Zoey a lot. I’m not one of those moms who makes a huge fuss over every little squabble.

“Cat has picked on Zoey for being adopted, being Asian and started rumors that she has the virus,” the mom wrote.

‘Teacher brushed it off a a conflict’

“Every time Zoey tries to tell her teacher, her teacher either brushes it off as a ‘conflict’ or says that Cat is dealing with a lot and not to mind her even though that is very hard for Zoey.”

The mom did the smart thing and recorded every incident of bullying that her child told her and noticed that the issue was going on for a while and wasn’t being addressed by the school.

Unfortunately, when bullying continues it can escalate into more than just name calling if the school doesn’t step in.

“Well last week was the final straw. I got called by the nurse that Zoey had fallen out of a tree at recess and hurt her arm and she had to go to urgent care. I picked her up as soon as I could,” the mom wrote on Reddit.

“When we got in the car she said what really happened was Cat told her ‘if she climbed up the tree she would let her sit on the class bean bag’ or something like that. When Zoey did it Cat began shaking the other end of it. When Zoey fell out of the tree Cat ran away.

“When her teacher got there she tried to tell him what happened but he scolded her for climbing up there (granted he didn’t know how bad it was) and took her to the nurse.”

But the worried mom soon found out that her daughter had broken her wrist and said as soon as her daughter was home with her husband she “marched” up to the school for a meeting with the school counselor and her child’s teacher.

“Her teacher kept trying to call it a fight or conflict (giving them equal blame basically) or saying that she shouldn’t have climbed the tree in the first place. Then he said that in the beginning of the year Cat’s parents told him that her grandma died over the summer so cut her a little slack,” the mom wrote.

“I said ‘I didn’t care’ and she should still be punished. He seemed shocked that I said I didn’t care,” the mom, who refers to herself as ‘mamabear_aita’ on Reddit said.

The mom said her daughter had the week off school and she and her husband had cooled off a little and now she wasn’t sure if she should have told her daughter’s teacher that she didn’t care.

She appealed to the Reddit community to ask what they thought about her response and was flooded with more than 800 messages of support.

“9 years old is old enough to know that bullying is wrong. I lost my grandfather at 7-8 years old. Big deal. It hurts when you have a lot of good memories but still, you are 9 years old,” one user wrote.

“I can’t believe the school is doing nothing about it though. If you want, you can definitely pull a lawsuit on the district if they continue to not act. Heck, bring it up to the superintendent and school board.”

Another user wrote: “There’s no life circumstances that make it OK for some bully to make Zoey her punching bag, or for the school to tolerate it.”

“What if Zoey broke her neck? Grief is no excuse to hurt someone,” another supporter pointed out.

What do you think of the school’s response to this mom’s bullying complaint and was this mom right to not accept a family death as an excuse for bullying?

Let us know what you think on our Facebook page and don’t forget to share this story to find out what others think.