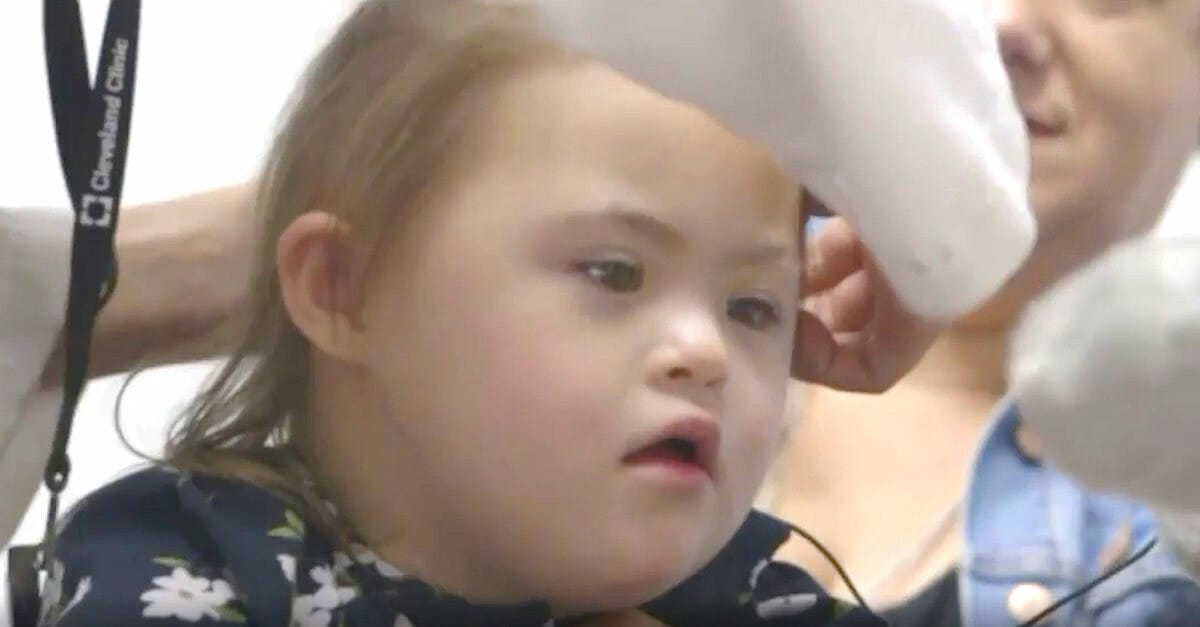 Two-year-old Grace Rosian of Strongsville, Ohio has been defying all odds since she was born.

She was born two months premature with Down syndrome and diagnosed at birth with a form of leukemia – her first round of chemotherapy treatment was administered 2 days after her birth.

Grace’s mom, Valerie Revell-Rosian, had cardiac arrest and nearly died when she gave birth to her daughter via emergency C-section on Oct. 24, 2016.

Posted by Fight with Amazing Grace Rosian on Monday, 16 April 2018

The mom of three soon learn that this was just the beginning of an incredibly painful journey.

“When Grace was born, doctors let us know that she has Down syndrome and she also had … a form of leukemia that is typical in children with Down syndrome. We were shocked. I don’t think I’ve ever had such a hard punch in the gut,” Valerie told People.

Posted by Fight with Amazing Grace Rosian on Monday, 16 April 2018

The brave little fighter was diagnosed with acute myeloid leukemia, characterized by the rapid growth of abnormal cells that build up in the bone marrow and blood and interfere with normal blood cells.

Luckily, Grace was declared cancer-free two months after her birth – but the leukemia would return.

Posted by Fight with Amazing Grace Rosian on Sunday, 12 August 2018

“She got really sick. She started to lose her hair and got sores. She’d have really bad vomiting and diarrhea. It felt like I was carrying a weight on my chest,” Rosian recalls.

“On her pictures for her first birthday, it hurts my heart to look at them. We tried so hard to make it special for her, she was so sick. She looked so sick.”

Grace spent 8 months in the hospital and received 10 spinal tap procedures during her second chemotherapy.

Posted by Fight with Amazing Grace Rosian on Friday, 26 July 2019

“Even when her body was battered by infection or the effects of chemo, Grace took the treatments like a champ,” says Dr. Rotz, a pediatric oncologist at the hospital.

And after a while, the situation improved. Early 2018, Grace’s cancer went into remission.

Since then, Grace has been in the process of learning sign language.

“With everything Grace has been through, she’s always been a happy baby,” said Grace’s mother, Valerie Revell-Rosian.

Posted by Fight with Amazing Grace Rosian on Tuesday, 20 November 2018

“I’m amazed to see how strong she’s getting and far she’s come along.”

Her mother also wants her daughter to get a set of life-changing cochlear implants, that would help Grace improving her verbal speech.

When she received the cochlear implants at the hospital, Grace was able to hear her own name and mother’s voice for the first time.