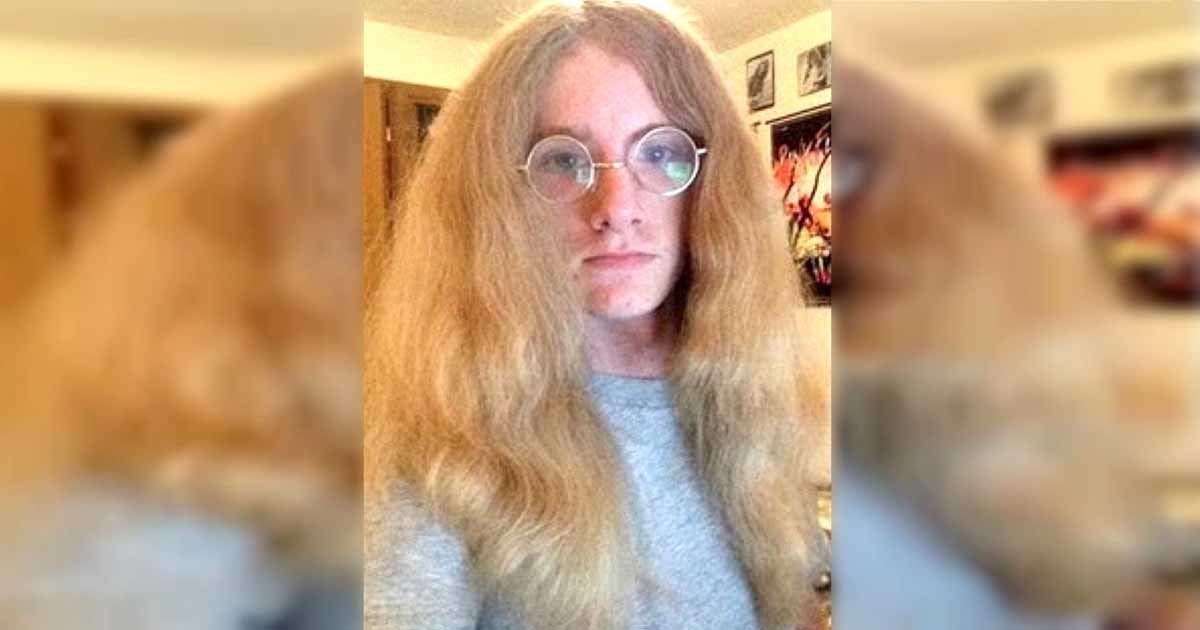 High school is a time when you are trying to find yourself – and this often means expirementing with different types of hairs and clothing styles. For this young man from Rock Island, United States, his long hair has long been a part of his look.

Jaimee is the only one in his family to have such strikingly thick and long hair.

“My hair became a part of my character during adolescence,” he told Little Things.

His characteristic hair made people compare him to both John Lennon and character Cousin Itt from The Addams Family.

But one day before school was to start, Jaimee decided it was time for a major change. He no longer felt that the hair was necessary for him to be himself. And, it would certainly be a fun surprise for his schoolmates. And surprised they were indeed!

In the clip below, you can watch when Jaimee goes to the hairdresser – and how he looks like a completely different person when he walks out. What a transformation! I would so love to have seen the reactions he got from his schoolmates!