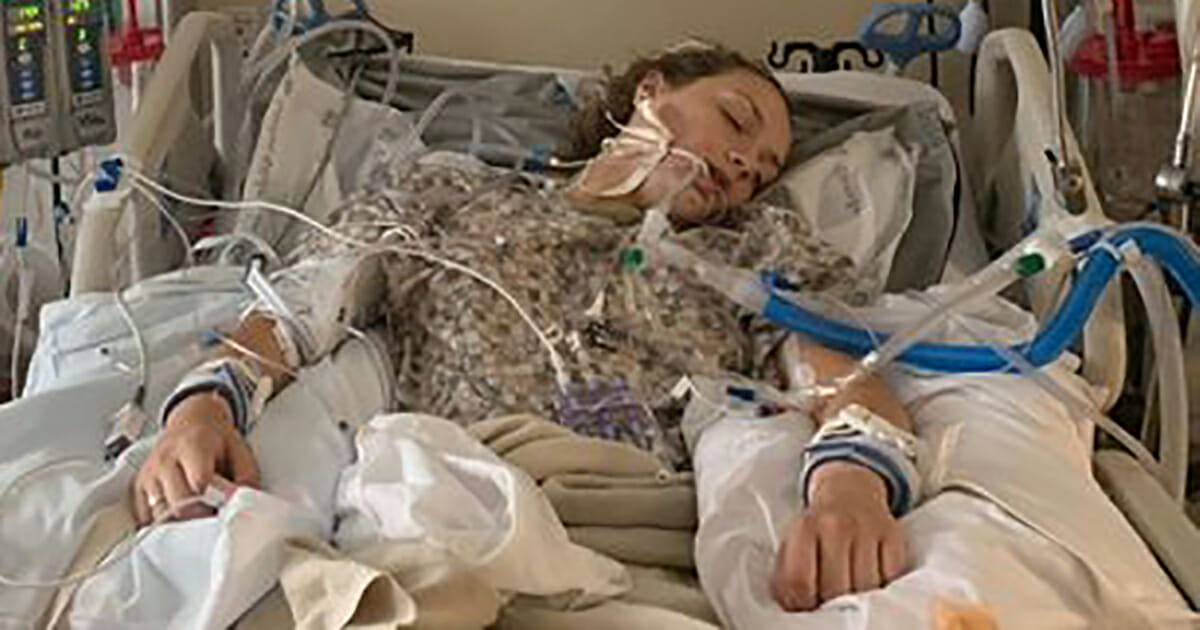 E-cigarettes have been around since 2003 and many smokers switched to them because it was thought to be a better alternative to smoking regular cigarettes.

These electronic alternatives don’t contain tar like cigarettes do, and companies claim they are safe. Still, the proof of the matter remains up for debate.

Now, an 18-year-old, who has been vaping every day for the last three years, is fighting for her life after she began to feel ill earlier this year, complaining of severe back and kidney pain.

In recent months, there have been several alarming reports of young people suffering from catastrophic lung damage linked to vaping.

According to the Centres for Disease Control and Prevention, nearly 200 people in the US have contracted severe respiratory illnesses after vaping.

Maddie Nelson, 18, from Utah, USA is the latest victim.

The teen girl was recently rushed to hospital after struggling to breathe.

Doctors tried to give her oxygen but it failed to work. As she fought for her life, an X-ray showed severe damage to her lungs. Doctors were left with no choice but to put her into a medically-induced coma.

On August 1, Maddie officially received her diagnosis after two bronchoscopies, according to her sister.

Test results showed that the 18-year-old had been enduring acute eosinophilic pneumonia – a rare disease caused by a build-up of white blood cells in the lungs in response to inflammation.

”Her doctor suspects it’s from electronic vaping sources, this includes all supposedly ‘safe’ alternatives to smoking such as e-cigarettes.”

3 days after the chaotic situation in the hospital, Maddie was taken out of the coma and she can now breathe on her own.

Even so, she has to use oxygen at night due to tightness in her chest.

It’s Maddie’s aim to now warn other people of the dangers of vaping, and urge them to quit before it’s too late.

”I am sharing my story so you all are aware that there is something crazy in these pens that is not safe and almost cost me my life,” she wrote.

”I used to just tell myself it won’t happen to me, but it can and will happen to you too…take my advice, don’t smoke, don’t vape. #vape #stopthevape.”

Maddie’s story went viral just a week after another young person passed away from vaping.

Despite that, vaping is still often marketed as the ‘safe way to smoke’.

That’s far from the truth.

“We only have evidence for short-term and in the short-term it’s definitely harmful. I think we should be more cautious,” said Doctor Aaron Scott from the University of Birmingham.

“The potential for lung disease down the line is still there and we need to recognise that rather than bury our heads in the sand by only focusing on the benefits and the way it helps people give up smoking.”