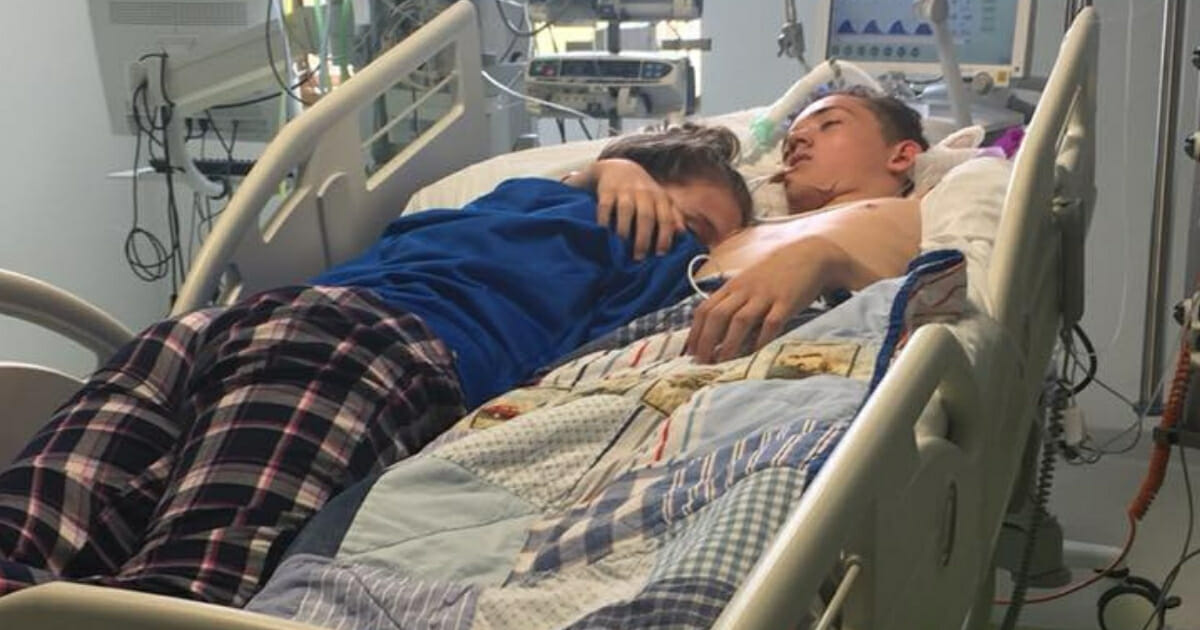 Saying goodbye to someone you love is never easy. When you know it’s the last chance you’ll ever get, it can be unbearable for some.

For Stephanie Ray, girlfriend of 16-year-old Blake Ward, one of the hardest things a person can do is already a tragic memory. Ward was one of three teenagers swept away by a riptide on Tuesday, August 1, 2018. Though rescuers from the Royal National Lifeboat Institution were able to retrieve all three boys, doctors later determined that Ward had suffered too much brain damage and would never recover.

According to the Daily Star, the family of the teenager made the gut-wrenching decision to turn off his life support on August 4. Before they did, however, Stephanie was given the chance to say her final farewell …

The tear-jerking moment was captured in an image that she uploaded to her Facebook.

The 15-year-old wrote: “Today has been the hardest day for me and it will be a day I will never be able to forget ??❤”

Stephanie had rushed to hospital initially, hoping against hope that her boyfriend would wake up. She described Ward as “a loving a caring person” and told how he “would do anything for anyone.”

Today has been the hardest day for me and it will be a day I will never be able to forget ??❤️ as some of you may know…

Her post read: “Just know Blake wasn’t in any pain and he passed away with his family around him and he will forever be missed and he will always have a special place in my heart.”

The heartbreaking photo, meanwhile, shows Stephanie lying next to Ward in the hospital room, before his life support was turned off.

The 16-year-old had been swimming off of Tywyn beach in Gwynedd, Wales, when he and two others were swept away from shore by a riptide. All three were picked up by the Royal National Lifeboat Institution, and subsequently airlifted to hospital. For Ward, sadly, it was too late.

“He will always have a special place in my heart,” Stephanie’s post said. “I will never forget you Blake fly high my baby boy and I’m gonna make you proud love you and I always will.”

We can only imagine what a distressing time this is for the family and friends of Blake Ward. Remember to hold your loved ones close and tell them how you feel daily. You simply never know for sure if you’ll get another chance.

No one so young as Stephanie should ever have to find the words to say goodbye to a loved one. Our thoughts and prayers are with her and Blake’s family.

If you’ve ever lost someone you wish was still here, share this article to show your support for Blake’s loved ones.