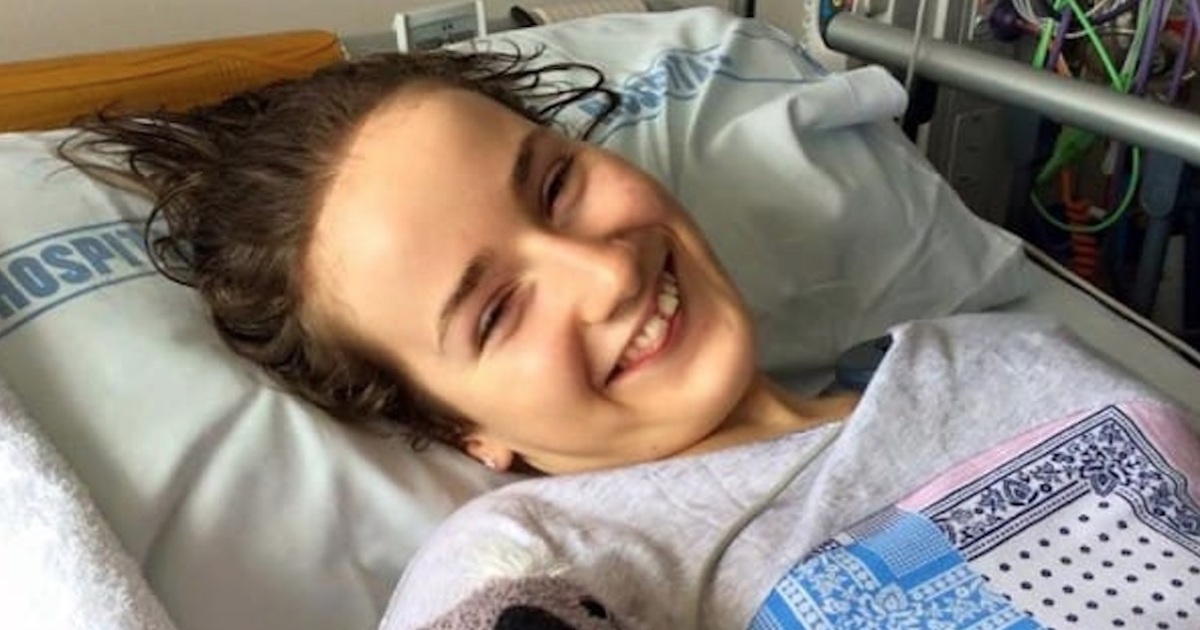 As teens, most of us had our minds on things like homework, crushes, and embarrassing pimples. And looking back, (while it had its awkward moments), I can’t complain too much. But for 13-year-old Grace, teen life is completely different. When she was 10, she suddenly got sick. It started with a headache, runny nose, and cough, but when her legs began to ache and she started vomiting, her mom called the doctor. The symptoms turned out to be so bad that Grace was airlifted to a children’s hospital. Upon examination, doctors discovered that part of her brain was shutting down. Specifically, her basal ganglia—a group of structures at the base of the brain that controls movement—suffered necrosis, meaning that it had died. Grace was unable to sit, walk, talk, or eat, and it also left her with severe muscle spasms. But amazingly, Grace’s other brain functions were unaffected, so that she’s still able to think and understand as she always has been…

Though Grace is cognizant of everything around her, she’s unable to respond beyond her cheerful presence.

Grace’s mother, Tracy, provides her with round-the-clock care so that she’s able to live as full a life as possible.

Grace takes several sedatives to ease her pain. These treatments are expensive and are mostly funded by kind donors.

To make donating easier, Grace’s mom has set up a GiveALittle page for Grace. Over 1,000 Good Samaritans have already joined the cause.

And recently, Grace had a breakthrough…

After another surgery, Grace spoke for the first time in four years!  She began by saying “yes” and “no.” Then, after recovering some more, her mom made a video to capture the stunning development on tape.

The joy that Grace’s smile shows as she triumphantly says the first few letters of the alphabet is hard not to feel.

If you are as amazed by Grace’s strong will and beautiful song too, share this with your friends!