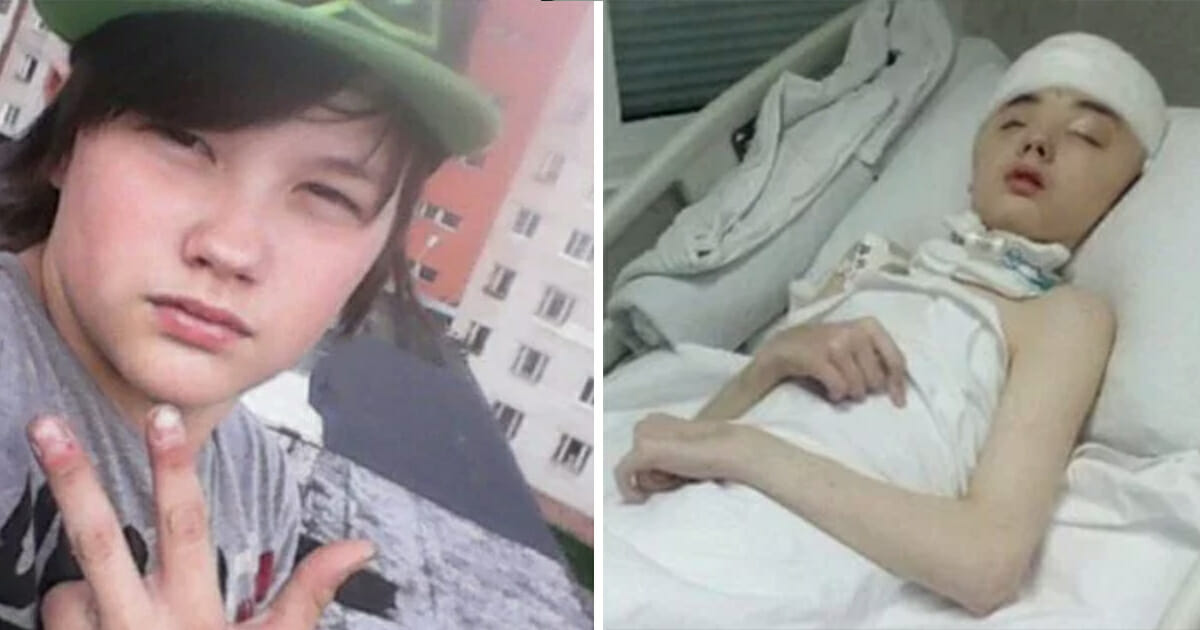 A Russian boy who defended his mother from a man trying to rape her has died of the injuries he sustained, according to reports.

15-year-old Vanya Krapivin was able to save his mom from the assault, but suffered serious injuries to his head in the process.

As per Sky News, he had returned home from school in Severodvinsk, northwestern Russia and found his neighbor, 37-year-old Roman Pronin, attempting to assault his mother …

This just breaks your heart. What a hero ❤️

Posted by Metro on Thursday, 6 December 2018

Upon witnessing the attack, Vanya picked up a 6-pound dumbbell and hit Pronin with it. The man grabbed it off him, however, and struck back, whacking Vanya over the head before then fleeing the scene.

The pair were discovered unconscious by neighbors who had heard the attack. Vanya was left comatose after being struck with the weight, whilst his mother had been stabbed 27 times.

Following the incident, surgeons were forced to remove part of Vanya’s brain, and he remained in a coma for nine months. He later began to recognize his nurse, and could eat liquid food, but according to a Russia news website, his mother hadn’t been to visit her son for some time.

After criticism, his mother defended her actions by saying that she couldn’t bring herself to see him because she blamed herself for the attack.

A boy who saved his mother from a man trying to rape her has died – 19 months after the attacker broke his skull. Vanya Krapivin was making a good recovery after losing most of his frontal skull… https://t.co/SiBnYMK5XH

Vanya was apparently scheduled to be sent to Spain to further his recovery, but tragically caught a flue and died.

Russian officials say they will now investigate why Pronin, a convicted murdered who had been released from prison, was allowed to live near children.

The 37-year-old was jailed for 14 years for attempted murder in May 2017, but will now face murder charges after Vanya’s death.

What a truly sad story. It’s our job to ensure Vanya’s bravery is never forgotten.

If you want to pay tribute to this little boy, share this article so his story gets out.