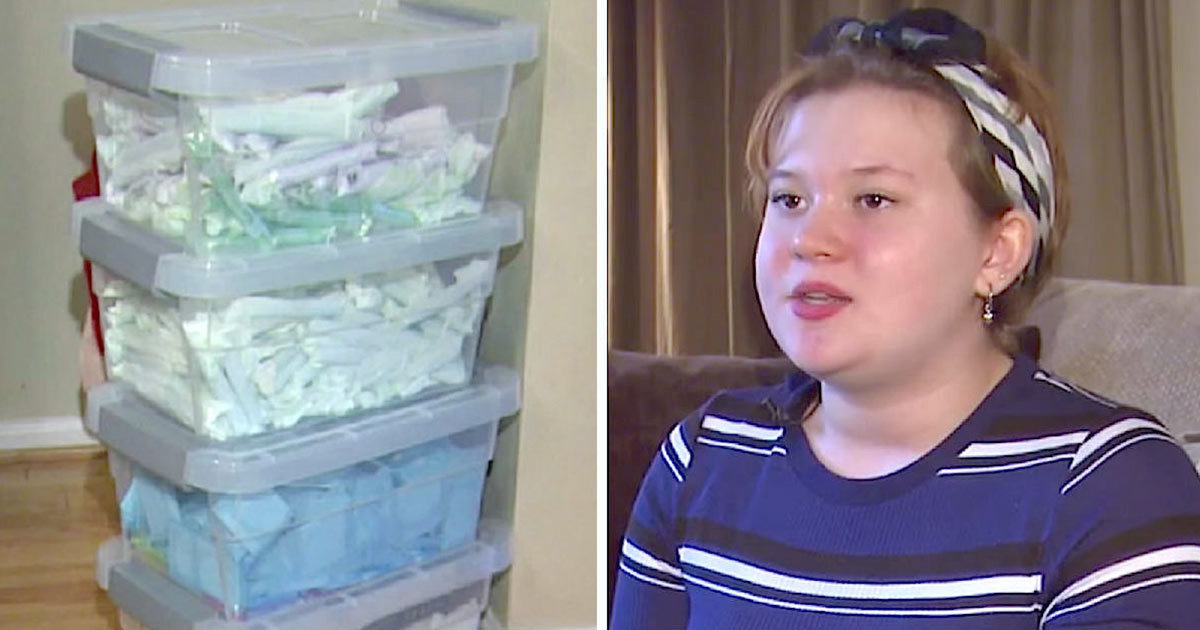 There are certain subjects in life that are a little too taboo to talk openly about.

Our toilet habits is one example. Our sex life is another. And a third example might be women’s periods and tampons.

So, when 14-year-old Lily Alter was going to write an essay at school, she decided to focus on a topic that she thought we should all be able to talk about more openly without feeling ashamed — women’s hygiene.

The more Lily dug into the subject, the more she realized what a burden it might be for some women… and that’s when she got an idea that went further than just the walls of her classroom.

It all started when an English teacher at Oak Park River Forest High School in Chicago asked students to write an essay on a social issue. That’s when Lily Alter came up with the idea for her project.

“I thought about homelessness, women’s rights,” Lily told CBS Chicago. “And I wanted to combine it in a way that I could actually maybe help people.”

When Lily began to research deeper into the subject, she soon made a sad discovery.

She realized that many homeless women constantly had to choose among putting food on the table, having a roof over their head, staying healthly , and having sanitary products — and the latter choice was usually the first one to go.

The 14-year-old decided to go the extra mile instead of just writing a school paper.

She started collecting tampons and other small hygiene items, which she then packed into little kits.

“They contain enough supplies for one menstrual cycle,” Lily explained to CBS Chicago.

She then took the hygiene kits out on the street and handed them out to homeless women.

The act of selflessness and compassion not only stunned Lily’s teacher — but also stunned her entire community. Not long after, the teenager had collected $3,000 for her project.

“With the money I have made now, I could probably have a year’s worth of kits for the woman in the shelters.” she told CBS Chicago.

A little idea that made a big difference. See the full clip here:

If only more people could follow this 14-year-old girl’s initiative. Please share her story to encourage more people to lend a hand and help each other out!