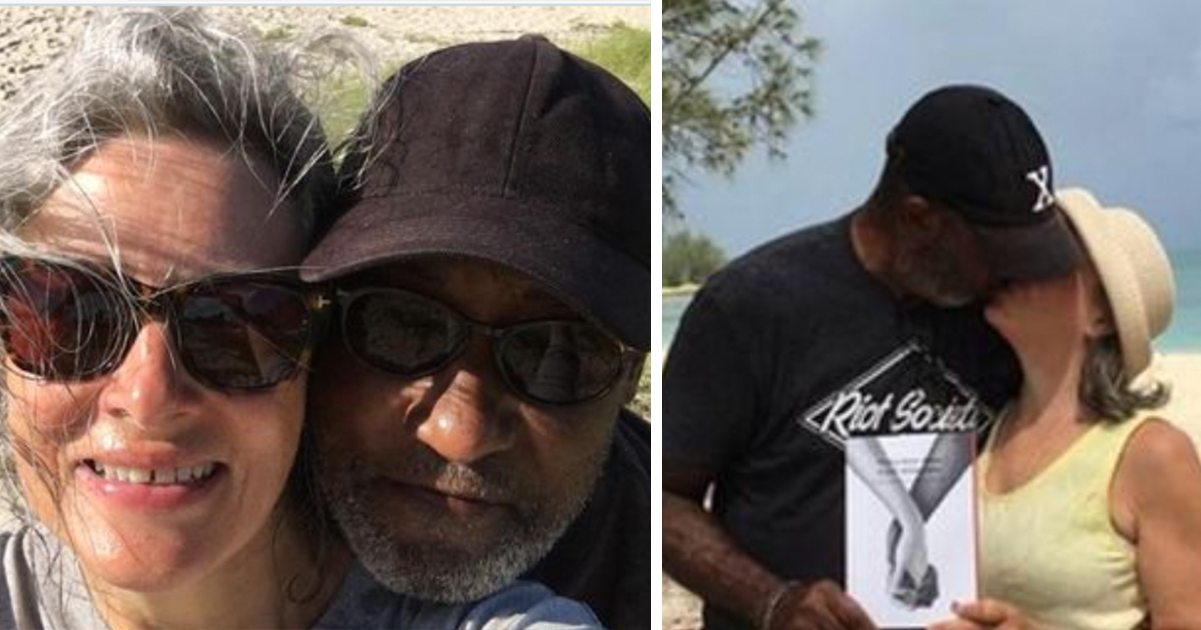 Two teenage sweethearts have tied the knot an incredible 39 years after separating because their parents didn’t support their mixed-race relationship.

Penny Umbers was just 16 years old when she first fell in love with Mark Bethel back in the 1970s.

Mark, who was 17 at the time and from Nassau in the Bahamas, had moved to the UK to study at Trent College public school, near Nottingham.

Penny, meanwhile, was attending a nearby private school; the two fell in love after meeting one another.

After the pair went on to study at different universities in London, however, Penny’s father paid a visit on Mark to order that he terminate the relationship with his daughter.

According to Birmingham Live, Mark didn’t want to end his relationship with Penny, but her father threatened to have his scholarship taken away and claimed that he knew people with enough power to see it done.

Mark’s parents, meanwhile, shared Penny’s father’s discriminative views, only they were coming from the other side: they didn’t think Mark should be together with a white girl. They went so far as to stop their son’s financial support while he was in the UK.

Mark said he was left helpless as he “didn’t have much power” and was “totally dependent on [his] scholarship”. Tragically, he made the “heart-breaking” decision to end his relationship with Penny.

As the years passed, Mark ran hotels all over the world and entered into a new relationship that ultimately ended. For her part, Penny got married and divorced twice.

The couple, torn apart by powers beyond their control, never forgot about one another.

Mark explained that he often searched for Penny, but since she had changed her name as a result of her marriages, she was difficult to track down.

It was in 2019 that Mark was scrolling through Facebook and found a woman that he thought might be Penny. He messaged her directly and the pair connected, only to be kept apart from one another for a further 18 months due to restrictions and rules regarding the COVID-19 pandemic.

In June of 2021, however, Mark was able to fly out to the island of New Providence in the Bahamas to meet the woman he had loved and lost almost 40 years before.

Penny said: “There was that feeling of reuniting. But it was like we hadn’t changed one iota.”

As fate would have it, the pair had lost none of their affection for one another. Earlier this month, Mark proposed to Penny, and the pair have released a co-written book named Thirty-Nine Years in the Wilderness that details their struggle.

Moreover, Penny has now moved to the Bahamas to live with Mark, though noted there remain “very few mixed race couples in the Bahamas”.

I hope and pray Penny and Mark can enjoy life together from here on out without any complications or problems!

Meanwhile, leave a comment on Facebook and tell us how you and your partner came to be!