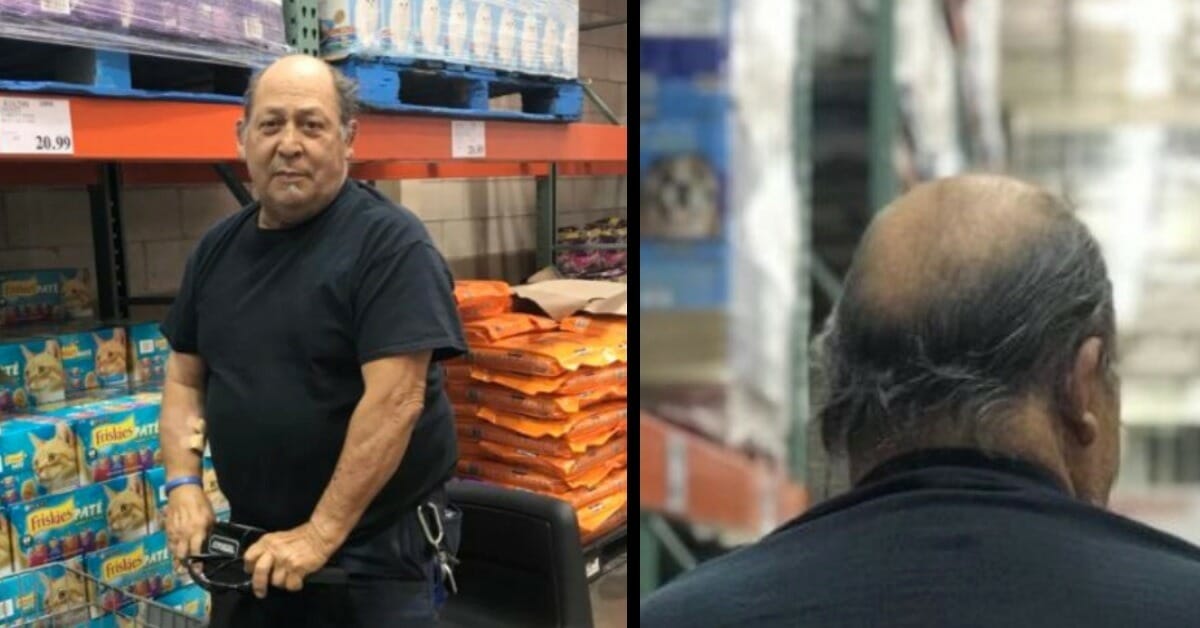 When Karen Aguayo and her friends went shopping at their local Costco supermarket in Arizona, they found their attention captured by a man in one of the aisles.

The man was browsing the store for groceries with his electronic shopping cart, much like many others in the building.

But there was something about the man that made him different from the rest – something that became clear to Karen and her friends when they saw his t-shirt.

From the instant Karen spotted the words on his back, she knew she had to do something.

Robert Duran, 67, and his wife have become accustomed to the attention their t-shirts draw.

They usually ignore the strange looks they get, but they’re more than willing to talk to any and all who come forward and ask questions.

At a glance, the shirt looks like a million others; it’s simply black with white text. When one takes the time to read the words, though, it’s impossible not to be touched.

Robert and his wife had one common wish, and it was that someone like Karen would see the t-shirt and do whatever they could to help.

He was finally placed on an organ waiting list after a doctor diagnosed him with advanced chronic renal failure, stage 5.

When Karen and her friends read what was on Robert’s shirt, they decided to stop him and ask a few questions. Karen felt she had to do something, so she uploaded the photo she had taken to social media. She wanted to do all she could to help Robert find the donor he was looking for.

The results have been staggering – many have contacted Robert, and Karen’s post has been shared more than 260,000 times.

Karen told AZCentral: “Once I read his shirt I felt something in my heart. It’s not everyday that you see shirts that say that and that was a first for my friends and I.” It turns out that Robert isn’t the only person in Arizona waiting for a perfect match.

More than 2,100 people are in need of new organs, according to the Donor Network of Arizona. Most of those people are waiting for kidney transplants.

Right now, it’s not necessarily the dialysis or symptoms of the disease that are the toughest problem for Robert and his family. It’s more the agonising wait.

Robert admitted to AZCentral that his wife has had a difficult time of things. Every time the phone rings, her expectations peak. They both immediately wonder … Is this the moment they call to say they’ve found a donor?

Of his wife’s struggle, Robert confirms: “It is tearing her apart.”

Of course, Robert would never have been able to believe that a regular shopping trip for groceries could possibly lead to an encounter that might well save his life.

And yet life is full of such unexpected twists. Robert describes Karen and her friends as “saints”.

“I think the Lord brought them down for me.”

While he waits for his angel on earth to save him with a matching kidney, Robert’s calling on everyone to consider becoming an organ donor.

Until Robert finds the donor he’s looking for, all we can do is SHARE his message in the hope of spreading the word to as many people as possible.