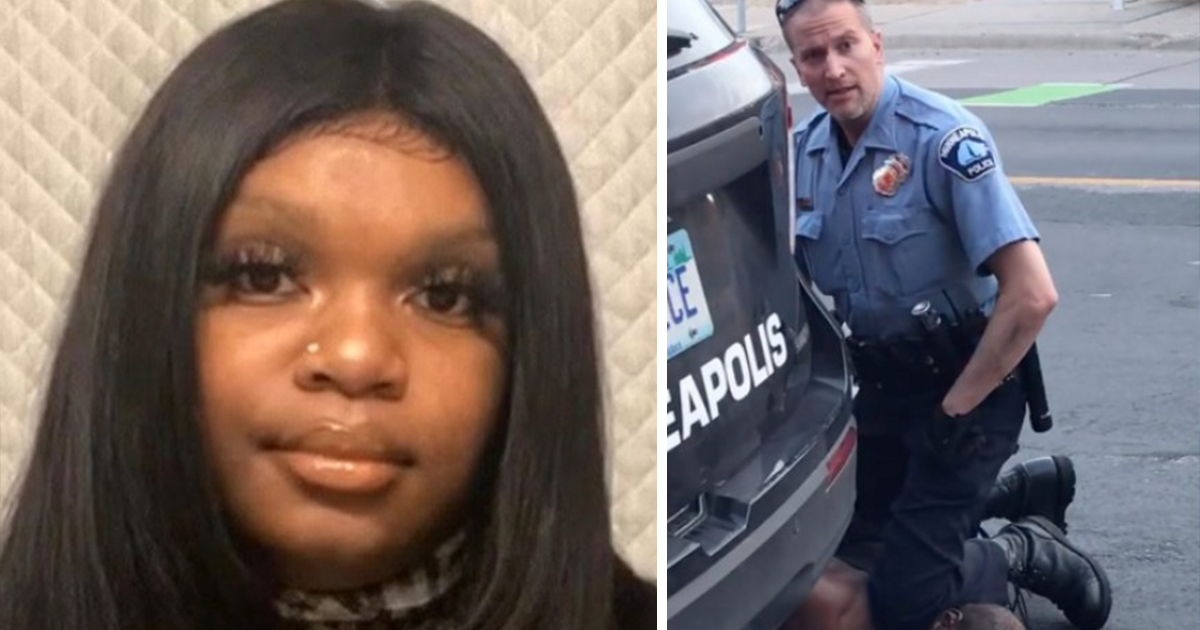 The teenager whose footage shocked the world after she filmed the arrest and subsequent death of George Floyd has been honored with an award for her courage.

Darnella Frazier used her phone to film Floyd being taken into custody by four police officers in Minneapolis on May 25 this year. Little did she know that the video would spark outrage all around the world and prompt the resurgence of the Black Lives Matter movement.

Her footage captured not only Floyd’s arrest, but also his death after officer Derek Chauvin kneeled on his neck and prevented him from breathing.

In the haunting clip, Floyd, pinned face-down by four officers, can be heard begging for his life, but to no avail.

After struggling for over eight minutes, the 46-year-old lost consciousness and later passed away, birthing a tide of protests that may well have changed the course of US history.

17-year-old Darnella has since been praised for her bravery in the situation – as a bystander she filmed the whole event and then uploaded her footage to social media for the world to see.

“With nothing more than a cell phone and sheer guts, Darnella changed the course of history in this country, sparking a bold movement demanding an end to systemic anti-Black racism and violence at the hands of police,” PEN America CEO Suzanne Nossel said in a statement.

“With remarkable steadiness, Darnella carried out the expressive act of bearing witness, and allowing hundreds of millions around the world to see what she saw. Without Darnella’s presence of mind and readiness to risk her own safety and wellbeing, we may never have known the truth about George Floyd’s murder.

“We are proud to recognise her exceptional courage with this award.”

Darnella admitted she was shocked to be receiving the award. The show also honored such figures as President Barack Obama and Chinese organizer and dissident Xu Zhiyong, among others.

“I never would’ve imagined out of my whole 17 years of living that this’ll be me,” Darnella said. “It’s just a lot to take in, but I couldn’t say thank you enough for everything that’s been coming towards me.”

I don’t know about you, but I’m still shocked at the manner in which George Floyd lost his life.

Darnella’s decision to record the whole thing has given birth to a set of seriously important questions that we need to be asking ourselves daily as a society.

To that end I’m happy she was recognized for her part in effectively making history.

Share this article if you want to join us in praising Darnella’s courage, and let us know your thoughts on the matter in the comment box.