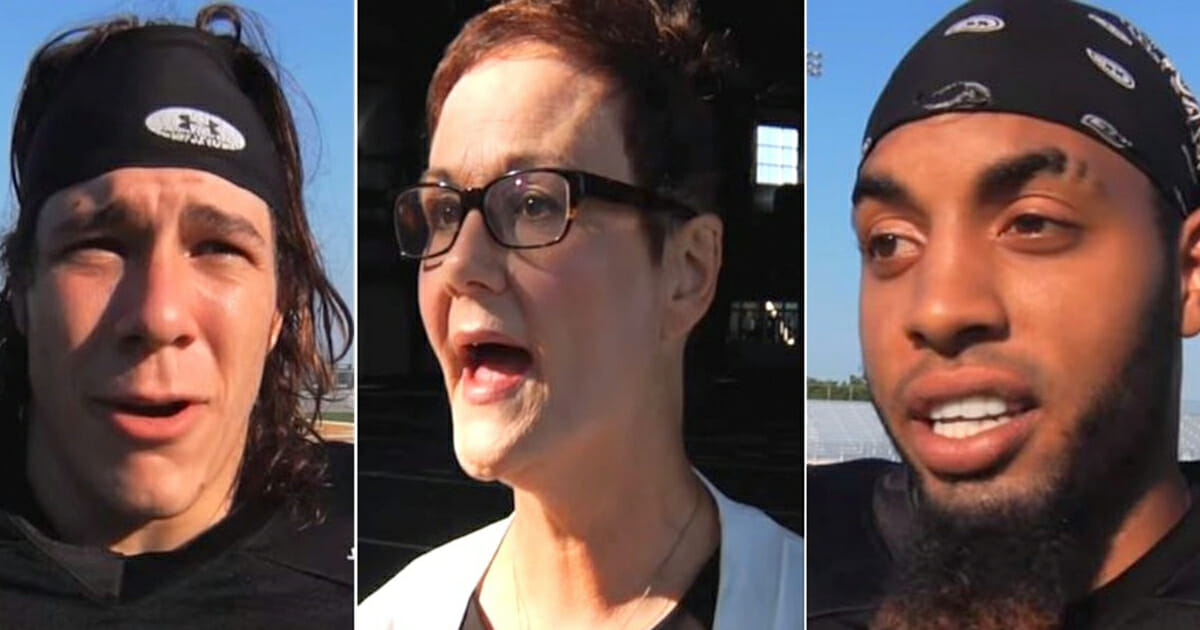 Anyone who has a child can attest to the fact that accidents can, and will, happen. The important thing is that you learn from your mistakes. The vast majority of parents try to do as much as they can to reinforce this, but in principle it’s impossible to be the perfect mother or father.

Of course, some mistakes can be more difficult to forget than others. Teresa Gill knows this all too well. The grandmother experienced a real life nightmare one day, when she accidentally locked grandson Liam, 17-months-old, in the car… in the middle of summer.

Meet Jack Long and Shane Simpson. They were two teenagers who played American football in Missouri. One day, a few years ago now, they were heading home from training on their school’s athletic field. As usual, the plan was to share a car ride home together, only, when they got to the parking lot, they saw an elderly woman in distress.

They went closer to the source of the commotion and saw how she was beating her car with a hammer. The pair were confused, to say the least.

They thought the woman was behaving strangely. At first, they believed she’d locked herself out and wanted to get into her car. With this in mind, they wondered if she shouldn’t just call a locksmith instead.

Eventually, they decided to ask her what the problem was, to see if they could help at all. No sooner had they asked the question, however, did they realize how dire the situation was.

They could see she was crying as she repeatedly struck the car. Then she shouted: “There’s a baby locked in the car!”

After that, things became a panicked blur.

Peering in, the boys spotted 17-month-old Liam trapped in the hot car. It was 35 degrees outside, and they knew the vehicle was a death trap for the baby. The car had all its windows shut, so there was no airflow.

They took the hammer from the lady and, with one mighty stroke, smashed the window.

Teresa was relieved beyond words that Liam was safe. She took the baby to her sister’s house, nearby, with the two heroes making sure all was OK before leaving the scene.

“Every time I see them, I’ll say thank you. I can’t imagine life without my grandson and what could have happened. I’m eternally grateful to them,” Teresa told Griffon Sports Insider.

“Any normal person would have done exactly what we did,” they said.

A few days after the incident, Liam got to visit the boys who saved his life at their football practise. It turned out to be a meeting they won’t soon forget.

Help us to share this story further so that people can be reminded of the dangers when children or animals are left in cars during summer. To Jack and Shane, we say thank you. You’re true heroes!