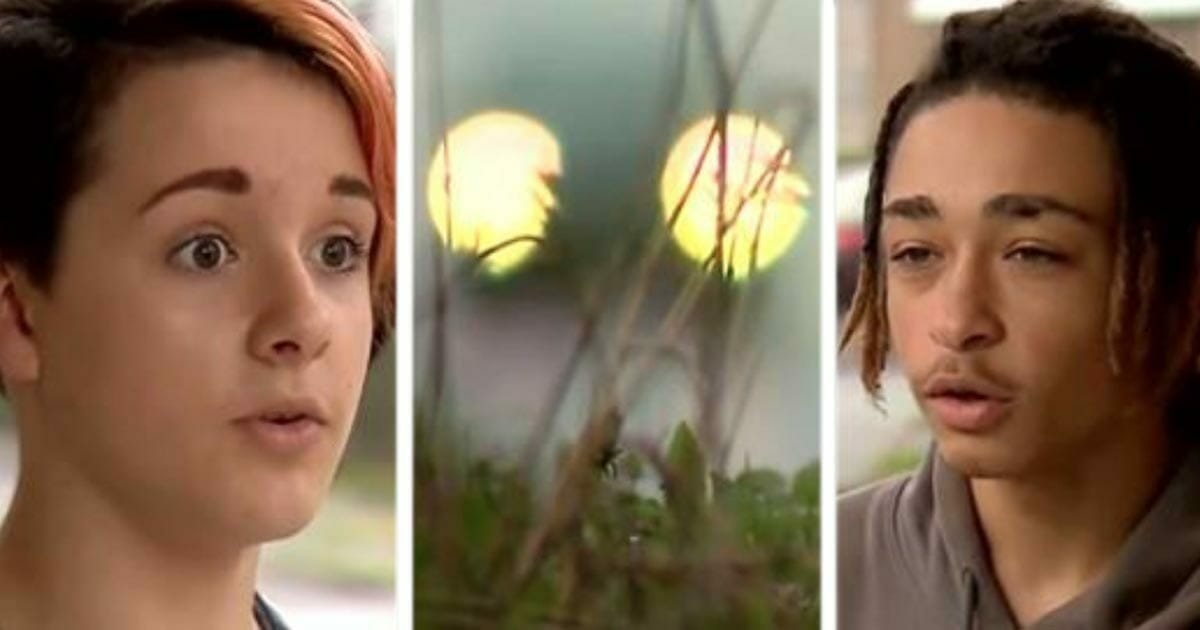 You simply never know when your life will be turned upside down by a dramatic event. That’s something friends Dalaurence Holland, 15, and Zech Krinjnic, 13, are well aware of.

During easter, they were sitting on Holland’s porch, talking and swapping stories, when something suddenly burst from the bushes and into the middle of the highway. Neither boy knew exactly what it was, and so they decided to take a closer look. It turned out that their instincts would save a life.

When the two teens began to move towards the mysterious thing, Zech placed a call to the police to alert them that something strange was in the middle of the road.

As they drew closer, they soon realized that the ‘thing’ was indeed something, though not an animal, as they had first figured.

Toddler runs into the highway

Both teens were left stunned, their breath caught in their throat. The ‘thing’ was no animal at all, which they had initially thought when they heard the noises. Instead, it was a 3-year-old girl who had ran straight out of the apartment where her parents lived.

What’s more, the toddler was heading straight for the highway – where unsuspecting drivers were going about their business as normal. Delaurance and Zech were terrified.

Without the slightest hesitation, Dalaurence took the matter into his own hands. He told NewsChannel 5 how it went down.

“I seen headlights coming up the hill, so I was like ‘there’s a truck, that’s a little girl, I’m gonna grab it,'” he said.

The 15-year-old quickly ran into the road, grabbed the toddler and swept her to safety. Fortunately, all parties got away completely unscathed. The police later arrived at the scene and talked to the parents – they were quick to celebrate the boys’ actions.

Talk about true heroes! How lucky it was that they were in the right place to spot the danger, and then were responsive and thought on their feet.

Remember, heroes come in all shapes and sizes. In this case, they took the form of two teenage boys simply having a chat on a porch. Together, they saved a little girl’s life. I think this deserves tribute, do you? If so, SHARE this article!