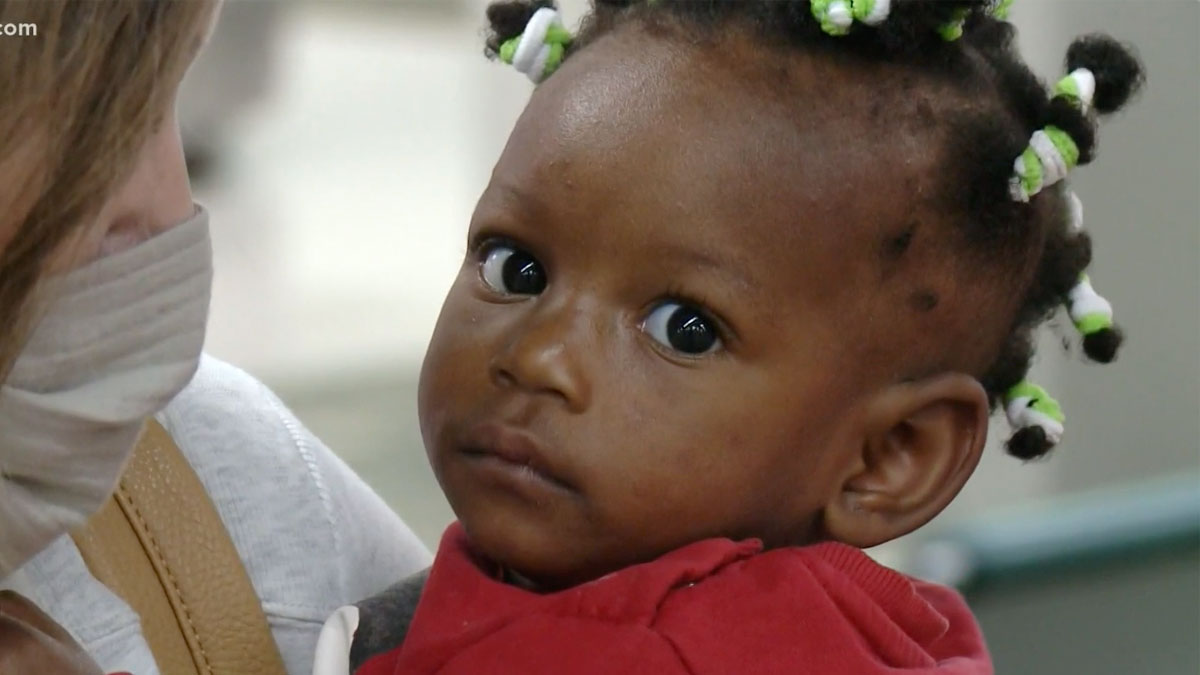 Amira came to the United States for the chance at a better life. The 10-month-old is in need of surgery that is currently unavailable in Africa, where she’s from.

That’s where Tony and LeAnne Hayes step in. A couple from Knoxville, Tennessee who will be a part of Amira’s journey to a new life.

Thanks to a Christian non-profit in Ohio, Amira was able to fly to the United States and meet her foster family for the first time.

The Hayes agreed to foster the 10-month-old and care for her as she underwent and recovered from the critical surgery.

The surgery is being offered to Amira and her family at no cost.

“They’ve entrusted this child to us. They don’t know us, the country. All they know is the medical care isn’t available in their country so they’re sending her here,” Tony told WBIR.

As soon as Tony and LeAnne arrived back home in Knoxville, they took Amira to her doctors’ appointments to prepare her for her surgery on Friday.

“My goal is to always say yes if I can. It takes a village and I’m lucky because the hospital works with me, surgery center, and pediatrician friends in town especially Dr. Blackmon,” pediatric urologist Dr. Preston Smith said.

On Friday Amira will undergo surgery for an enlarged kidney. She also has a large umbilical hernia that may also be addressed.

While the immediate concern is Amira’s surgery, the Hayes are prepared to love her for as long as it takes for her to recover before she’s able to return to her family.

“Whether that’s three to six weeks or several months, we’ve been chosen to love her and bring her into our home,” Tony said. “The ultimate goal is to get her surgery done, to get her back home to her parents.”

And it truly is.