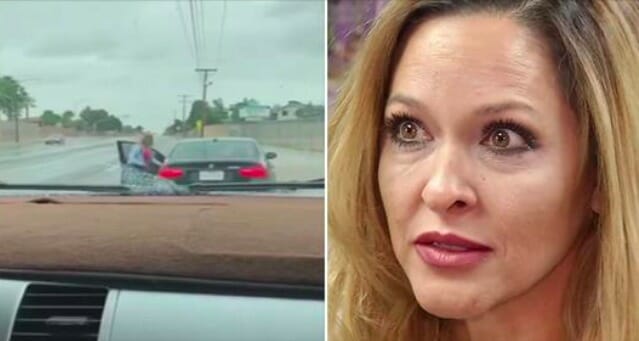 Raising our children well means we’re preparing them to become productive and civil members of our society and hopefully, a new generation that will bring positiveness to the world.

But raising children is certainly no easy feat. It requires immense patience — and often a good sense of judgment. Trying to maintain these can be daunting.

Mother Liza Martinez from El Paso, Texas, can certainly attest to that. When her 14-year-old son stole her vehicle alongside a friend and drove off, she had to think fast.

Her punishment has since spread online like wildfire — and she has now spoken out to explain her act.

Liza was at work when she got a call from her 14-year-old son, Aaron, telling her that the internet was down at home. Liza normally monitors her home from work through the use of a surveillance system, but since the internet went down, she had no eyes on Aaron anymore. She knew he had disconnected it himself to conceal his next acts.

“As soon as he said that, I got a message instantly that my Wifi was down,” Liza explained. “At that point, it blocks out my cameras, my home security. I don’t see when the doors are being opened or closed.”

She phoned her daughter, Liza Campero, who lives next door and asked her to check to see if her car, a BMV, was still parked in the driveway. Meanwhile, she got a call from another mother who informed her that Aaron had just come by her home — and picked up her son.

Liza was furious. The teen obviously did not have a valid driving license and the mother immediately knew his being on the road was very serious.

That’s what prompted her to resort to such a serious reaction. She knew she would spank Aaron, so she asked her daughter to grab a belt. After picking her up, they immediately set off to find Aaron.

The mom and daughter drove around and sure enough soon found the two teens driving along the road — in her BMV.

She furiously rolled her window down and demanded that Aaron immediately pull over.

“I pulled right out into traffic next to him. He was in one lane, I was in the lane next to him. That’s when I yelled at him to pull over. Now,” the mom explained.

As clearly depicted in the video that has since gone viral, she then jumped out of the car, walked right up to the driver’s side — and proceeded to ‘spank’ her son with the belt, right in front of his friend.

Aaron has now reportedly also been grounded until 2019 for his reckless act.

In case you missed it, you can watch the events unfold in the video below.

What do you think of this mom’s justification? Did she do the right thing, for the right reasons? How would you have reacted? Share your comments.