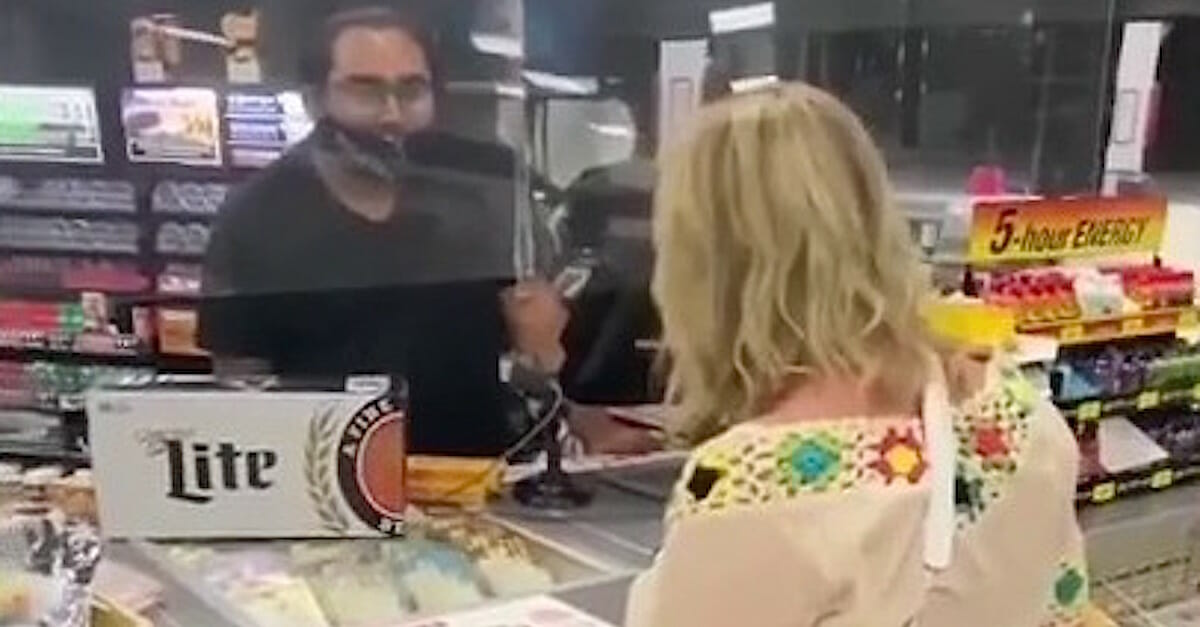 With the COVID-19 pandemic still very much a problem, one would think the very least we could do as a society is adhere to the restrictions in place and do our best to minimize the risk of spreading the virus.

Yet it would seem there are those who aren’t treating the current situation with the necessary respect.

In another mind-numbingly foolish incident caught on camera, a female shopper at a 7-Eleven in Fort Worth, Texas, was recorded getting into a verbal altercation with a cashier after he refused to sell her beer.

As per the footage, the cashier told the customer that he could not sell her the beer as she wasn’t wearing a face mask. He proceeded to explain that she could buy a face mask from the same store and then buy the beer, but she refused to listen to reason.

In fact, despite a sign in the store stating that all customers needed to wear masks to limit the risk of spreading coronavirus, the woman in question simply grew angrier and angrier.

Then, in full view of a bystander’s camera, she did something truly appalling. She hurled abuse over the counter at the cashier and then spat, stating “there you go.”

Needless to say, footage of the encounter has been met with widespread dismay online. How anyone could be so irresponsible in the current climate is simply a mystery to me.

Share this article on Facebook if you think this woman should face some sort of punishment for her actions.