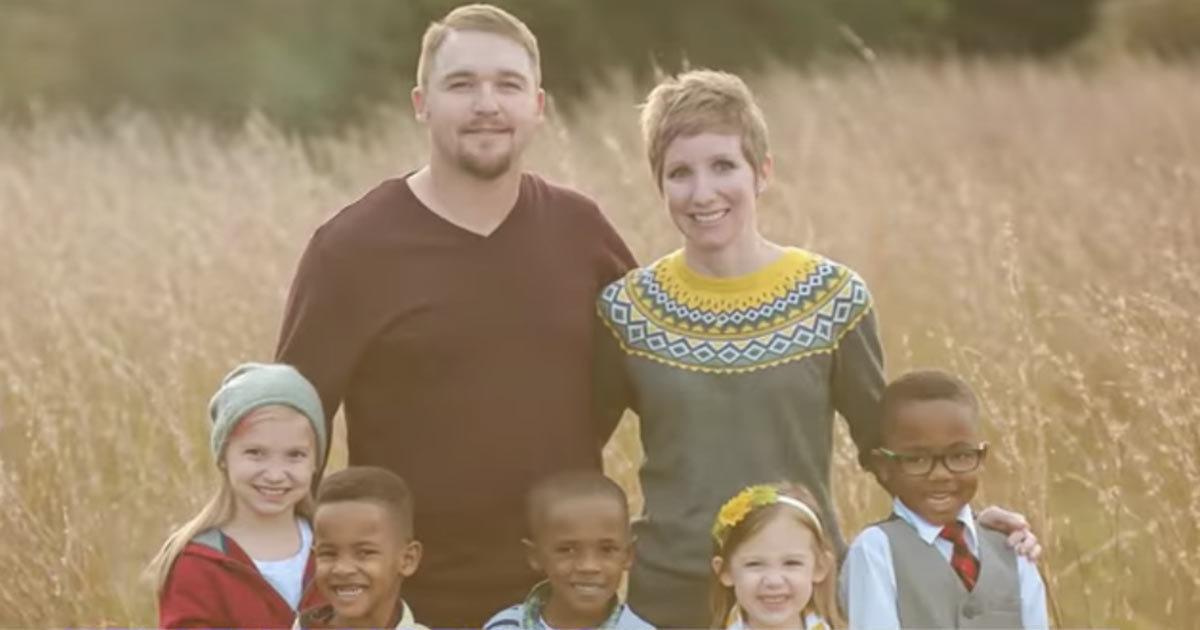 Having a child is one of the most beautiful things that can happen to a family. To have three children at once is three times greater.

Meet Julia Washington and her husband from Georgia, who recently adopted three brothers who were 4, 5 and 6-years-old. Together with their two biological children, they were now a huge family of seven.

Then, one day they received a call from the boys’ social worker who had momentous news for the family.

Julia Washington and her husband decided to adopt three boys and expand their family from two to five children. Brothers Michael, Jess, and Camden were welcomed into the family, and all family members were now facing a big change. To get three new children at once is a huge challenge, especially that one of the boys had a brain injury and required extra attention.

While the family was in the midst of the adoption process, Julia received a call from the boys’ social worker who told them that there was another brother, 17-month-old Elijah, who needed a home.

Julia realized that it was impossible to take another child into the family. At the same time, she knew that Elijah would end up over a thousand miles from his brothers if she did not take care of him.

Julia’s friend Jay Houston lived just next door. Jay was an adopted child herself, as well as mother of three adopted children and two biological ones. When she heard about Elijah, she realized she could help. It was decided that she would adopt the boy, and he could now grow up in the house next to his biological older brothers.

“They all know that they’re brothers and will grow up together,” Jay told ABC News. “They won’t live in the same house, but they’ll be in the same city. Knowing that I’ll get to be his mother is an incredible gift and I’m very grateful for that.

Take a look at these two family’s incredible story in the video below.

We need more people like Julia and Jay. People who can make the world a better place with their compassion and love.