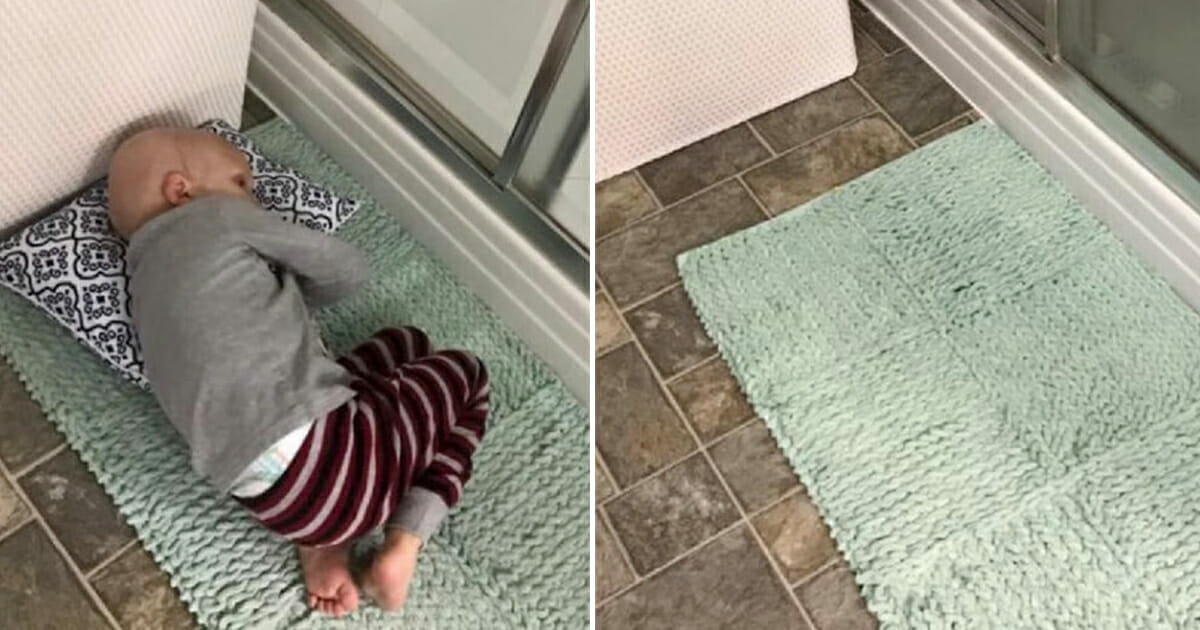 Watching your child become seriously ill can cause the most calm and harmonious family to fall apart. What is one to do when there’s nothing to help your child feel better?

Sometimes, no matter how hard you try, how much you wish it, it’s just not possible.

Ruth Scully never considered the idea of one day being afraid to enter her own bathroom and look at the bath mat.

For most people, a bath mat is something you don’t even notice; something that’s simply there and occasionally put to use. For Ruth, however, it means so much more.

Posted by NolanStrong on Monday, 14 December 2015

When Ruth’s son Nolan was just three-years-old, he began to get sick. At first it appeared nothing out of the ordinary. But when Nolan began to have difficulty breathing as he slept, Ruth decided to take him to hospital.

After he developed a resistance to antibiotics, saline spray and steam (to combat the supposed sinus infection he had) doctors decided to remove Nolan’s tonsils and swollen adenoids. The surgery was carried out in 2015.

Posted by NolanStrong on Sunday, 18 September 2016

But when the tissue was tested, it transpired that Nolan was suffering from rhabdomyosarcoma, a type of cancer that affects the body’s soft tissue.

In just one day, the Scully family’s life had been turned upside down. Everything began to center around hospital visits, chemotherapy and radiation therapy.

The family prayed and hoped for a miracle; that Nolan might win free from his cancer against all odds.

Posted by NolanStrong on Tuesday, 16 August 2016

While Nolan was sick, he never wanted to be more than a couple of meters from his mom. This included when she showered or went to the bathroom, where he would simply lie on the bathroom mat and wait for her.

Then, one day in February 2017, oncologists who had helped Nolan through his battle broke the news. Nolan would no longer have to suffer; the treatments had been exhausted. Ruth understood then that they didn’t have many days left together.

Posted by NolanStrong on Saturday, 4 March 2017

The heartbroken mom told Nolan that he didn’t have to fight anymore. He was relieved, but at the same time worried that he would be letting his mother down. Ruth then realized that he’d been fighting for as long as he had for her sake.

The family prepared his things and got ready to go home to be comfortable. When it was time to go, however, Nolan told his mom that he wanted to remain in hospital.

After 36 hours, Ruth asked her dying baby if it was okay that she had a quick shower.

Two months. Two months since I've held you in my arms, heard how much you loved me, kissed those sweetie "pie" lips. Two…

Posted by NolanStrong on Tuesday, 4 April 2017

Ruth lay in bed, beside her son, knowing that she didn’t have much time left with Nolan. But then, in what his mom describes as a ‘miracle’, Nolan woke up, smiled at his mother and said: “I love you mommy”.

Nolan then went back to sleep and didn’t wake again.

The sight of the bathroom mat will always be one that brings pain to Ruth, yet at the same time one that fills her with love. She will never forget how Nolan used to lie there waiting for her.

I can’t imagine the utter sense of loss a parent must feel when their child passes. The tears came as I wrote this, and I don’t think they’ll be going away anytime soon.

Nolan is surely in heaven. Pain free. Happy. Joyful. Loved very much. Missed yes but safe and mommy knows it. Hard to read though. He was precious. Still is.

Please, share this article with your friends to honor all the angels that left this world too soon.