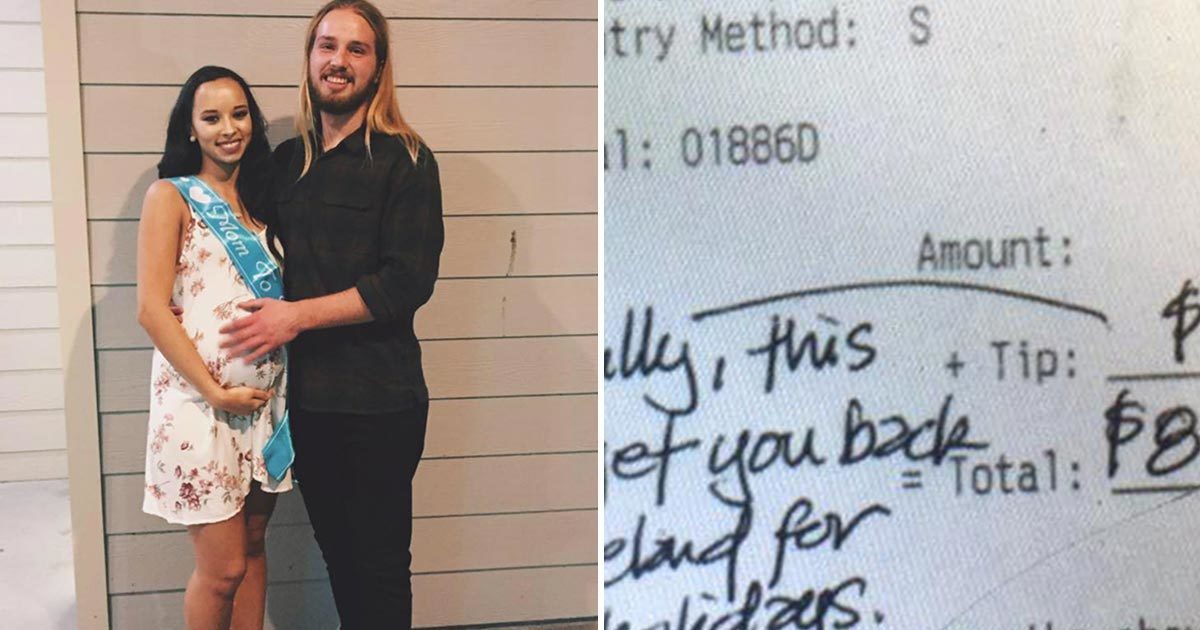 Being in a relationship with someone from another country can be difficult, especially during the holidays, when you don’t have enough time or money to visit your far-away family.

Just ask Taryn and Ben. The young couple who live in Spring, Texas, have hectic schedules and fight hard to see each other every day. So visiting Ben’s family in Ireland had always been out of the question… until a stranger changed everything for them!

In July 2016, Taryn Keith let her Irish boyfriend, Ben, know that they would become parents.

Because Ben’s parents lived so far away, Taryn never had the opportunity to meet them. But now that the couple was expecting a baby, Taryn longed more than ever to meet her boyfriend’s family.

Unfortunately, because of their schedule’s and the cost of plane tickets, Taryn and Ben’s desire to visit Ireland remained a dream.

But one day, everything changed.

Ben, who is a waiter, started talking with a customer at one of his tables, and during the conversation, he told the customer about his wish to have Taryn meet his parents.

Ben didn’t think anything of it, but when he picked up the bill off of the table, he couldn’t believe his eyes.

The stranger had left an incredible $750 tip and also scribbled a message on the receipt: “Hopefully, this can get you back to Ireland for the holidays.”

Ben was flabbergasted by the incredible gesture. Now, he, Taryn, and the little baby in her stomach will travel home to Ireland!

“My boyfriend got this tip last night at work. He’s from Ireland and is trying to take us back there once Killian is born so we can meet his family. Thought I would share it to show everyone that’s there is not only hate out there. Truly blessed,” Taryn Keith wrote on Facebook.

With all the hatred in the world, I’m happy to see that there are still some kindhearted people out there. Please share this heartwarming story so that more people be inspired by it!