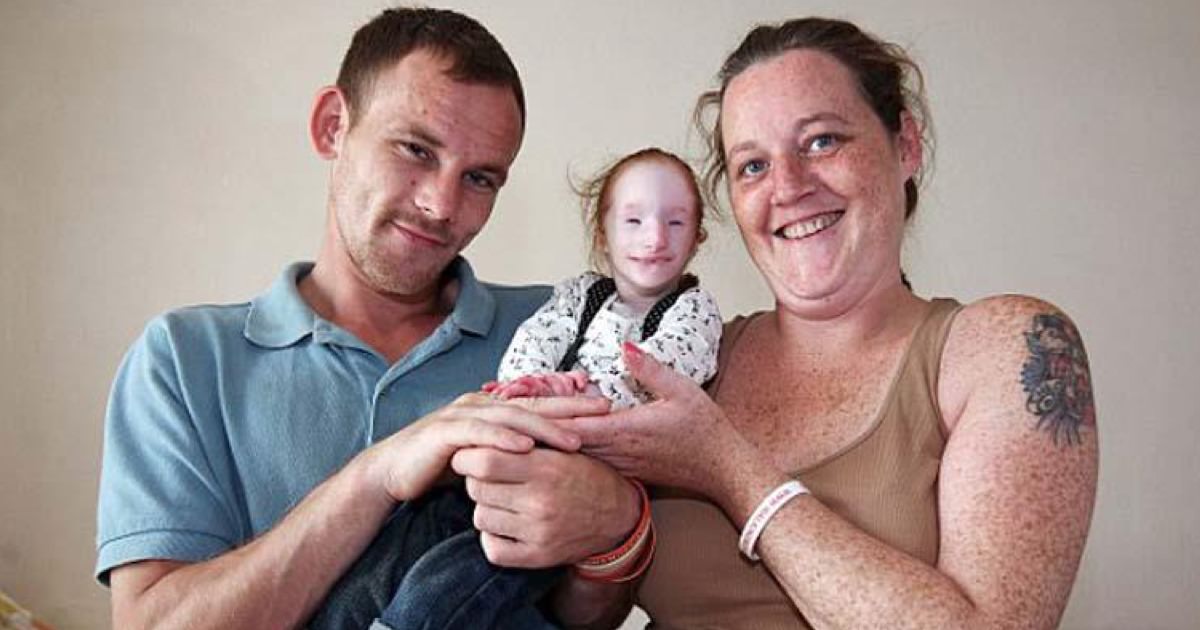 Few things are as awesome as become a parent. You wait for nine long months and then it’s finally time to meet the little person who’s been growing inside you or your partner’s belly.

These days, many couples choose to find out if they’re having a boy or girl. But there are some things you can never be prepared for.

When Scott Garside and Emma Newman went to hospital to have their fourth child, they probably thought this birth would be like their previous three.

But it didn’t take long before they realized they had welcomed a one-in-a-million daughter into their lives.

Charlotte was born with a disease so unusual, it didn’t even have a name.

The only thing her parents knew was that she suffered from a rare form of primordial dwarfish, reports the Daily Mail.

The doctors had never seen anything like it, and they didn’t think Charlotte would live long enough to celebrate her first birthday.

But despite having a host of health problems, Charlotte was finally allowed to go home, and she turned out to be a real fighter.

Her parents had to dress her in doll clothes and they had to make her homemade diapers, which were no bigger than a credit card. But even if Charlotte’s parents didn’t think they’d get to spend much time with her, she would soon prove her doctors completely wrong.

Charlotte celebrated her first birthday, her second, and she just kept on fighting and fighting.

Today, Charlotte is five years old and she’s never shown any signs of giving up, even though she’s only a little more than 2 feet (68 cm) tall and wears clothes made for newborns.

Charlotte has a big heart and an even bigger personality, and it’s impossible to miss her when she’s nearby.

Mentally, Charlotte is about the same as a three year old and her future is uncertain, but this amazing little girl is sure to keep fighting for a long time, just like she’s always done.

“She might look like a doll,” says her big sister Chloe, “but she’s made of strong stuff.”

Even though Charlotte is “one in the million,” her parents want her to live as normal a life as possible.

Watch this video to meet the amazing fighter and her family: