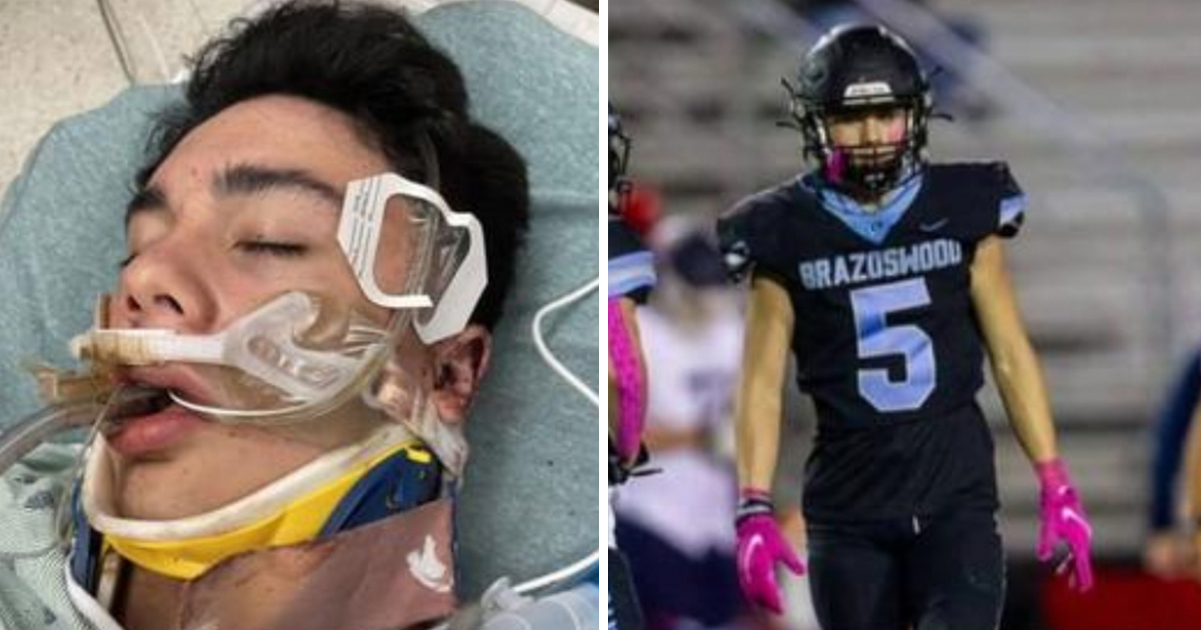 The family of a high school footballer player from Lake Jackson, Texas, say he is lying unconscious in the hospital after being savagely assaulted by a group of fellow students on Friday evening.

According to the victim’s family, 16-year-old Cole Hagan, a student at Brazoswood High School, had been invited to a social gathering by friends late last week.

Once at the aforementioned party, however, Cole was reportedly told by another teenager that his truck, parked outside, had been damaged. When he went to check on the vehicle, he was ambushed and attacked by one or more teens.

Cole’s brother, Cory, said that one of the assailants hit Cole from behind with a “blunt object”.

Sources say that after the students had finished attacking Cole, they left him lying on the ground. The “ring leader” then sent a text to one of Cole’s close friends reading: “Go get your boy out of the street.”

Lake Jackson police confirmed that they were called to a home in the Lake Jackson farms neighborhood at around 11:30 p.m. on Friday after receiving an EMS call about an unconscious 16-year-old bleeding from his ears.

According to Cole’s distraught family, the teenager suffered two skull fractures and a broken clavicle. He remains unconscious at Memorial Hermann Hospital, but his condition looks to be improving.

He added: “What I am feeling is ah, it’s a roller coaster of the most extreme grief you can imagine. To see him hurt and for him to be attacked in this senseless act of brutality, it’s unimaginable.”

Latest reports say a Brazoswood High School student has been charged with aggravated assault after the incident.

Court documents allege two other teenagers lured Cole from the party on Friday by telling him that his truck had been hit and damaged. A witness stated that 17-year-old Reid Mitchell then allegedly punched Cole in the face, slammed him into the concrete and proceeded to throw three or four hard elbows.

“Sadly, I think it’s a long shot for him to ever play football again, which was one of his biggest passions,” Cory said.

Our thoughts and prayers go out to Cole and his family at this terrible time. To think that he was tricked and then attacked by teenagers he thought were his friends simply makes my stomach turn.