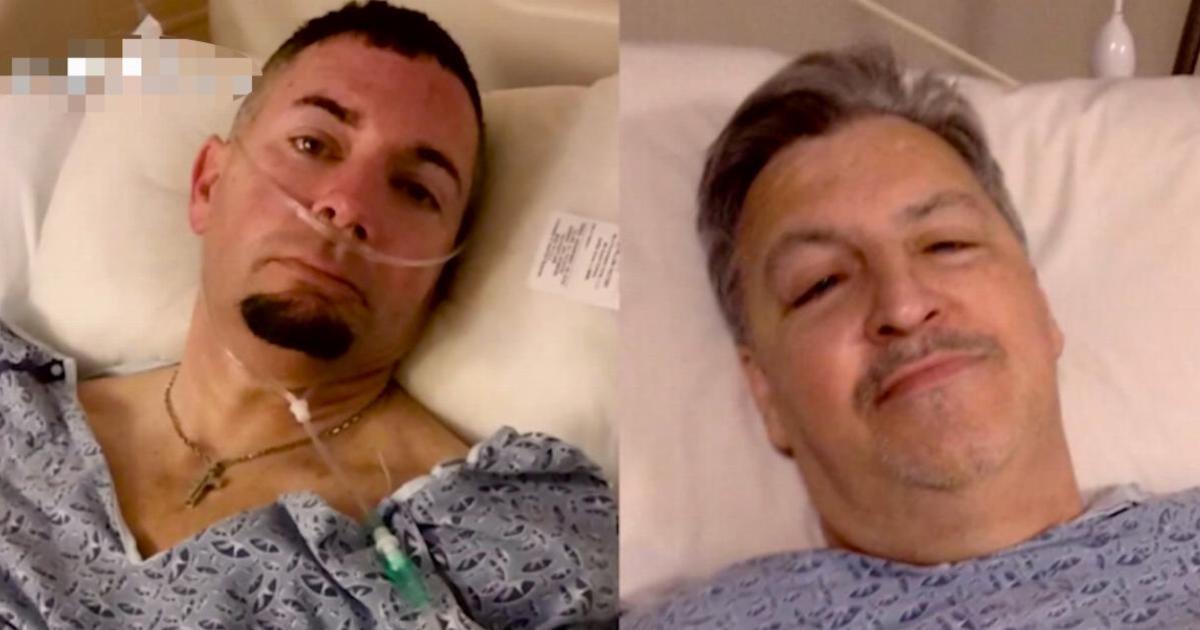 If you’re unwilling to help someone out or sacrifice your time for them—then you can’t exactly expect others to do the same for you.

But if you do lend someone a hand, I’m sure that something good will come back to you.

And maybe that’s why I think this story is so beautiful—because it really shows how karma can manifest itself in the best way.

This story begins in late October 2014.

Belinda and Don Herbert were out driving in Kannapolis, North Carolina when they spotted a flea market outside a church.

Belinda convinced her husband to make a quick stop—and that decision would change their lives forever.

Don, who wasn’t particularly interested in shopping, reluctantly agreed to stop the car.

And because he was an avid gospel singer, he couldn’t help but hear the music coming from the church. While Belinda was shopping, Don stepped inside and came across a pastor named Tim Jones.

The two men had a common interest—their passion for music. Tim asked Don if he would like to join the church choir, and they agreed to meet up in the future.

Don and Tim exchanged numbers, but continued on with their lives.

But soon, Belinda and Don’s lives were completely turned upside down.

Don, who had long grappled with a number of serious diseases, began to feel quite ill. He was diagnosed with a heart conditioned and doctors needed to perform a cardiac catheterization.

The procedure involves inserting a thin tube (catheter) into a person’s vascular system through their groin or wrist and coaxing it to the heart. But the surgery posed a serious risk for Don—it could damage his already weak kidneys.

So Don needed a kidney transplant before he could have heart surgery.

When Belinda and Don were told that the waiting list for a new kidney was between three and five years, Belinda turned to Facebook in desperation.

She hoped that one of her friends would be willing to donate a kidney to save Don’s life.

“I want the man that I love to live a long life. I want to grow old with him by my side,” Belinda wrote on Facebook.

When Tim read Belinda’s anguished appeal, he instantly responded. He rang up Belinda and promised to try to help her in any way possible.

“I’m not calling you to be a hero or to give you any false hope, but I believe God is showing me something and I would like to try and help you in some way,” explained Tim.

What he didn’t know was that his decision would also change his own destiny.

Tim underwent extensive testing to see if he could be a potential donor, and when the results came back, they were gratifying: Tim was a perfect match.

Not only did Tim have the right blood type, he was also a match for all of the other parameters. Incredibly, the odds for such a perfect match is only one in 20,000.

On March 9, 2015 the guys went into the operating theater, with the support of their family and friends.

But shortly after the procedure began, the doctors made a disturbing discovery.

In connection with the transplant, surgeons found an aneurysm, also called herniation, in Tim’s kidney.

According to the doctors, the aneurysm would probably have killed Tim if they hadn’t discovered it in time.

When Tim woke up after surgery, he was told that he had saved two lives that day—both Don’s and his own.

Tim and Don both rebounded quickly and were on their legs a few days later—thanks to the excellent medical team.

Wouldn’t it be wonderful if every time we got something back in life, we payed it forward and did a good deed for someone else?

Unfortunately, that doesn’t always happen. But still, sometimes the reward is simply knowing you’ve helped someone else.

And perhaps that’s what makes this story even more special. Because the power of a good deed played out in a way you don’t often see.

Please share Tim and Don’s story if you also want it to inspire more people!