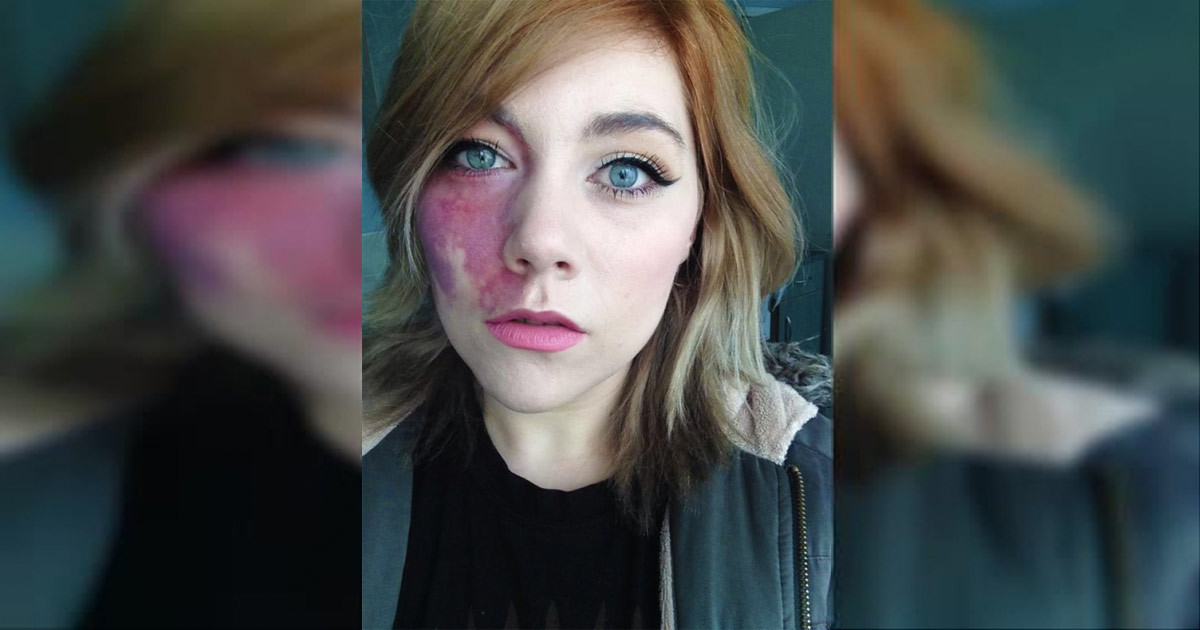 Lexxie Halford, 23, was born with a large birthmark on her right cheek. Her appearance has led two British television series ‘The Undateables’ and ‘Too Ugly For Love?’ to invite her to be on their shows. The latter showcases individuals with “disabilities” or “medical conditions” who are looking for, but cannot find love. But Lexxie didn’t think she belonged on the show. Instead she had this to say.

23-year-old Lexxie says she is in fact very comfortable with her appearance. She thinks – and rightly so – that a birthmark is not something to be ashamed of.

She recently posted three uncensored selfies on Imgur. And the response was tremendous.

Just the first evening, her photos received 100,000 views and prompted dozens of comments. Although we all know how quickly online haters show up, her photos led to (almost) only positive reactions. Lexxie received numerous compliments, with one viewer going so far as asking, “Will you marry me?”.

In a second post on Imgur she explained a little more about who she is and why she put up the pictures. She writes that her birthmark is sometimes mistaken for a bruise, and misunderstandings are frequent.

Lexxie’s posts on Imgur have gone viral, with people everywhere hailing her courageous act of putting her out there publically. I think Lexxie proves that there are truly a millions ways to be beautiful.

If you agree that Lexxie is a beautiful and inspiring young woman, please share and like below.