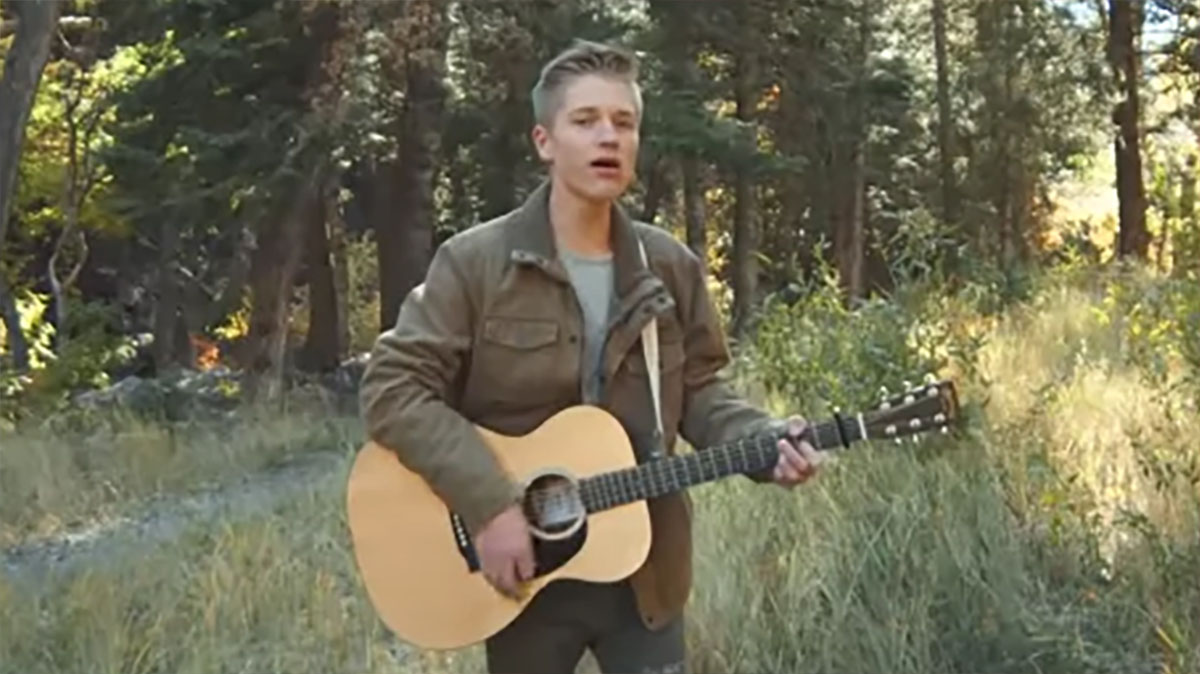 Easton Shane is an American singer and songwriter who secured his first award in music at just 13 years old.

His website describes him as an artist known for his “crazy socks, mad guitar skills and creating a unique upbeat twist on pop country.”

Easton started playing the guitar at 4 years old and 10 years later signed as the youngest Endorsed Artist for Heritage Guitars, Inc in the nation.

The now 16-year-old who recently won the best Artist Under 18 Category for the 2018 Utah Music Awards is also the son of a soldier and already recognizes the sacrifice that his father is making.

Just recently the talented teen, who is also a member of The Church of Jesus Christ of Latter-day Saints while being part of the world-renowned One Voice Children’s Choir, dedicated an original song called “This Uniform’s For You” to his military father.

“Dad gave me my uniform when I was only four
Before he headed off to go fighting wars.
As tears streamed down my mother’s cheeks,
Dad whispered in my ear ‘Do all the things that I would do if I were here,’” he sings.

In a YouTube video of his powerful song Easton talked about the story behind the song ‘This Uniform’s For You.’

He wrote: “Whenever I ask my Dad why he serves in the military his response has always been, ‘I Wear This Uniform for You.’…He would remind me that wearing the uniform meant to protect and take care of the ones we love and to act honorably.

“I was inspired to write this song so that I could share my experience as a young child and having my dad go away to war. I wanted my dad to know how proud I am that he serves in the military and how much I respect the uniform he wears. I know firsthand that when a family member serves, their entire family serves and sacrifices with them.”

As he ended the song, Easton wrote these important words. “Please take a moment to thank those who serve our country and honor those who have paid the ultimate sacrifice.”

This song is an important reminder of the sacrifices the family members of military personnel make while honoring those on the front line risking their lives for us all.

Please share so more people can hear this beautiful tribute.