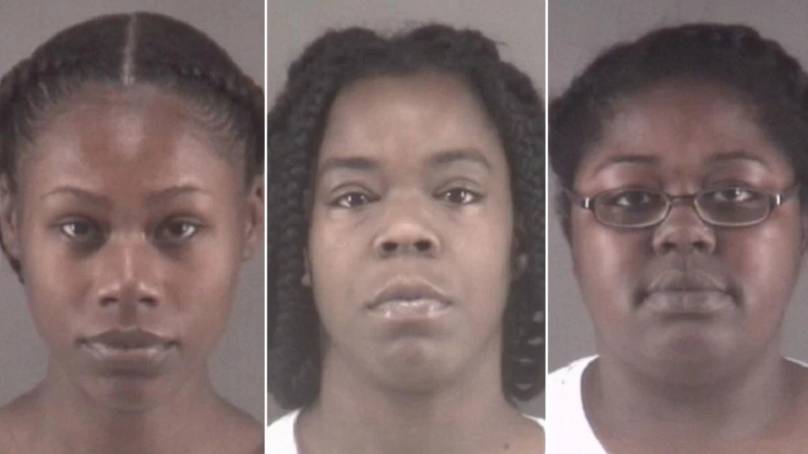 I like to think that anyone who works within the care sector does so because they have a genuine emotional investment in other human beings.

I like to think they do everything they can for the betterment of their charges, that they ensure they’re comfortable, content and, at the very least, safe.

Sadly, the world we live in isn’t one that strictly adheres to the rules of standard decency.

Three workers at an assisted living facility in North Carolina have been arrested on suspicion of running a ‘fight club’ with some of the dementia patients there.

"Additional staff training and a more rigorous vetting process for all new and existing employees at Danby House have been implemented," the statement said.

Yes, shocking to hear, I know, but reports claim Marilyn Latish McKey, 32, Tonacia Yvonne Tyson, 20, and Taneshia Deshawn Jordan, 26, stand accused of trying to create fights between several of the most vulnerable residents in their care.

The trio were fired after the incident, which took place at Danby House, North Carolina in June. Police have been gathering evidence since then in order to prosecute.

Speaking to Fox 8, Lieutenant Gregory Dorn said: “When you’re talking about someone who can’t take care of themselves, we’ve got to give specific attention to that.”

DISTURBING: Three employees were running a “fight club” of sorts at an assisted living facility in Winston-Salem, police say. This happened at the Danby House. I just got some court documents that share new details. @WFMY pic.twitter.com/WWGQsdzPPp

Police say one incident saw a 73-year-old patient pitted against a 70-year-old, both of whom have dementia. The three ‘carers’ watched on, encouraging the fight and filming it.

One of the patient’s involved can be heard in the video screaming: “Let go, help me, help me, let go.”

Another incident saw McKey pushing the same 73-year-old into her room as her two accomplices caught in on camera.

The Danby House facility has released a statement in the aftermath of the charges being announced. It reads: “Danby House has a zero-tolerance policy for the mistreatment of those in our care and as such, McKey, Tyson, and Jordan were terminated immediately in June when community management was alerted to this situation.

“Administrators have been working closely with the Winston-Salem Police Department throughout its investigation to ensure justice is served. Additional staff training and a more rigorous vetting process for all new and existing employees at Danby House has been implemented.”

This sort of thing is not and will never be acceptable. The thought of those poor patients, scared and vulnerable, simply boils my blood. I hope the women responsible get the punishment they deserve.

Share this article if you, too, hope justice is served!