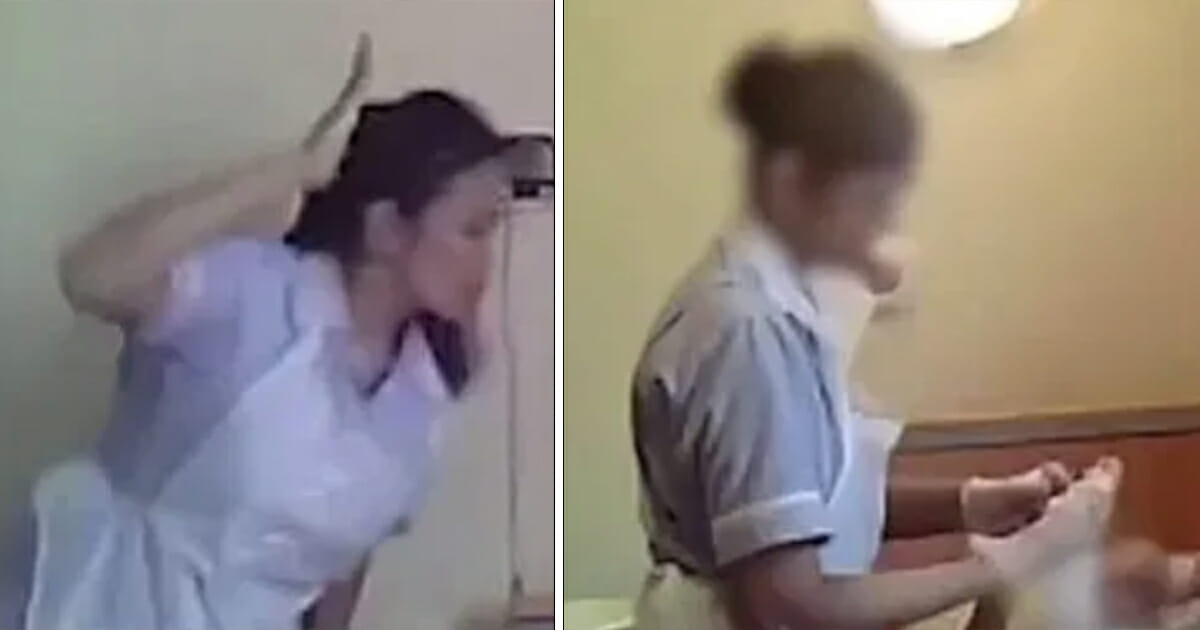 There’s a reason so many people react with anger when they see stories of elderly people being abused or mistreated by those supposed to care for them.

Tragically, it seems to be a far more common occurrence than I would have thought possible. The internet is riddled with stories of grandmas and grandpas being neglected – or worse, abused – when they’re at their most helpless.

Often it’s the families of said folks who catch the offenders in the act, such as in the case of the Paniben Shah. Her family placed her at Meera House, in Brent, England, in March 2017, after she suffered a fall.

Little did they know they were putting her further in harm’s way.

According to reports, three care workers have been jailed after 94-year-old Paniben’s family set up a hidden camera to catch them abusing her.

The woman’s family initially grew suspicious when her health went “rapidly downhill”. Her son, Kirti, and grandson, Amit, hid camera inside a photo frame in her room and waited to see what it would capture.

It turned out their worst fears were soon realized: the footage showed staff roughing her up, hurling verbal abuse at her, threatening her, hitting her and even going so far to drip boiling hot water on her.

“We couldn’t believe it,” Amit said. “The home seemed so professional at first. ‘It’s horrible to think of the horrific cruelty my grandmother suffered at the hands of these women.”

Anita Kc Thapa, 46, Anita Bc, 49, and Heena Parekh, 55 were jailed for six, five and four months respectively after pleading guilty to ill treatment by a care worker.

Sickening footage was reportedly played in court showing Thapa hitting Mrs Shah as she pleads: “Why are you beating me so much?”

Sentencing, Judge Lana Wood told the trio: “You deprived Mrs Shah of the dignity and respect she was entitled to. She should have been treated with care and compassion. But she was treated without humanity and sometimes physically assaulted. There was a culture of accepting ill treatment.”

It makes my blood boil to see and hear of such abuse and neglect. Our elderly deserve far better than this, and in my opinion the sentences given weren’t harsh enough!

Share this article if you want to wish Mrs Shah well moving forward.