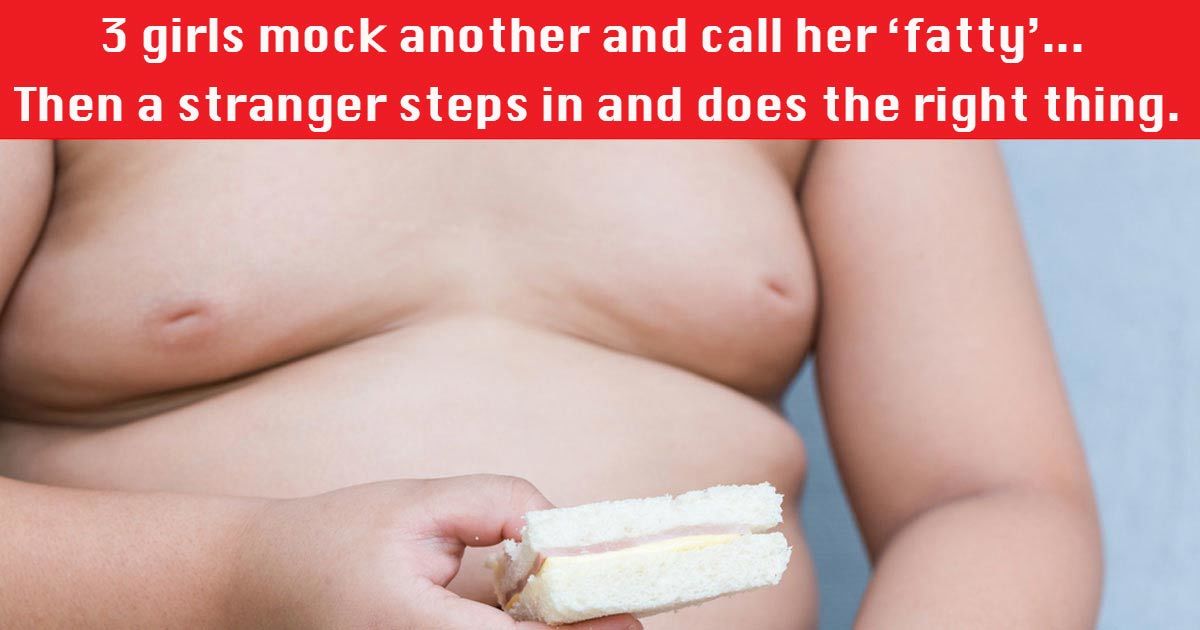 A girl was being bullied by three other girls. They laughed at her, insulted her, and threw out her things out of the school bus window. But they had never expected this would happen…

“The bus I normally board is usually silent. Someone might be on their phone and someone else’s music might be blaring through their headphones, but it’s usually uneventful.

Today, a gaggle of teenagers was arguing at the back of the bus. Three girls were giggling and throwing the food of a fourth girl out the window. They were calling her ‘fatty’ and insulting her appearance, and abusing her by throwing out her stuff.

She ran to the front of the bus to have a bit of a cry when the first girl—who appeared to be the ringleader of the mean girls—went up to her to continue making fun of her and asking her why she’s making a big deal and how they’d stop harassing her if she lost some weight. She looked incredibly upset and kept crying as they jeered from the back.

A kid who looked a few years younger than the girls was watching all of this unfold. He walked up to the first girl and pulled off her glasses and threatened to throw them out the window of the bus if she didn’t leave the bullied girl alone. The girl promised to stop and walked back to where her friends were while the boy dangled the glasses out of the window.

When they quieted down, the boy walked up to them and gave the first girl her glasses back. I’ve never seen a face as red as the one she had.

The bullied girl got off a stop later, and I got off a few stops later, but not before I gave the hero kid a high-five for what he did. I don’t think I’ve ever gained respect for someone so quickly. Stand up to bullies. Even if it’s not your problem, someone else will appreciate it.”

Share if you also think that this kid did the right thing!