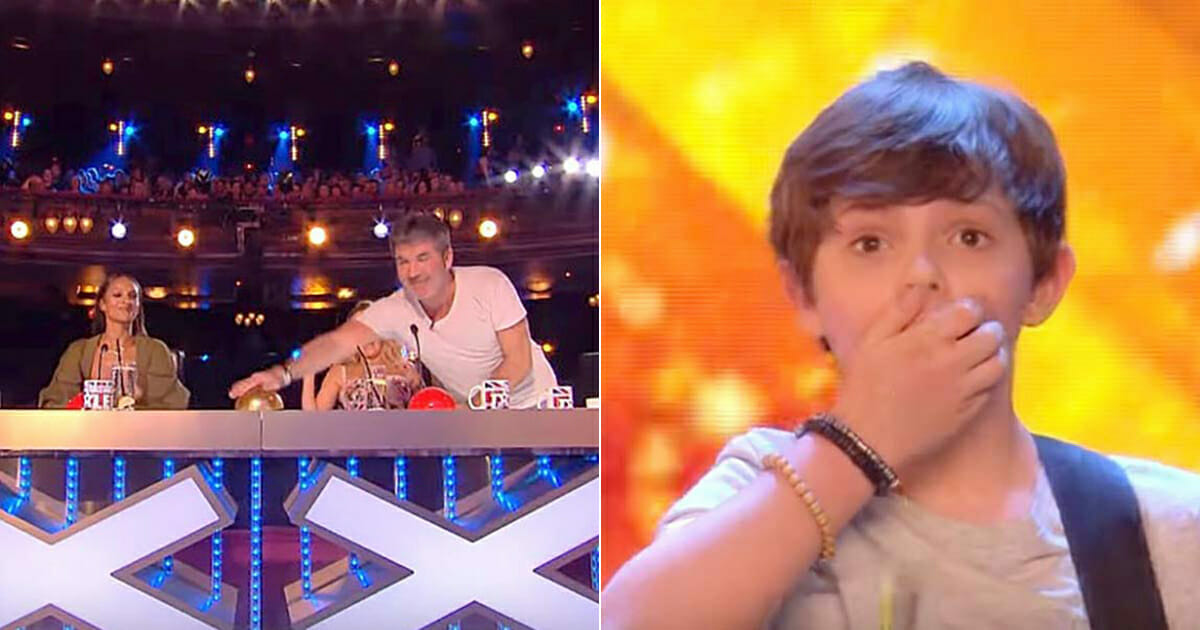 When one dad and his son walked onto the stage for Britain’s Got Talent, the judges didn’t really know what to expect.

As usual, the pair were asked to introduce themselves. Son Jack, 12-years-old, explained that he had played the guitar and sang with his father Tim, 43, since he was five. He was confident in his abilities, and keen to show off what he could do.

“It’s my favourite thing to watch on TV, so it would be absolutely incredible to win,” Jack said.

Their performance was aired on Saturday night and has since gone viral on the internet. It’s not really all that difficult to understand why – as I write this, I have goosebumps up and down my spine.

Tim and Jack Goodacre are a duo that share musical ability most of us can only dream of. They’re completely in-sync when it comes to their guitar playing… not to mention the singing of the song itself!

When they were on stage on Britain’s Got Talent, Jack was asked who was his favourite judge. His answer? Simon Cowell.

It was precisely Simon that asked the next – and last – question. What were they planning to sing for hundreds of thousands of television viewers?

They explained that they write their own songs. The name of the particular song they were going to play is “The Lucky Ones”. When they discussed the song, they of course had no idea that the judges – along with the entire audience – would be so taken aback by their performance.

Before they started singing, Tim explained what their song was about.

He said: “We’ve all had family losses and things like that, and as a father and son, it’s … a kind of father, son song, a family song, it’s about us.”

Jack then added: “It’s about how lucky we are to have the things we have.”

Without further ado, the pair began their duet, and it’s safe to say it went down a storm.

In fact, their performance is almost too beautiful to describe in words.

In unison, father and son sang from the bottom of their hearts, creating a moment TV viewers won’t forget in a hurry. Afterwards, they received a standing ovation from a teary-eyed crowd. Meanwhile, judge Simon Cowell could do nothing but throw himself on the gold buzzer! Just watch the video below; it really is one of the best I’ve ever seen on the talent contest!

We all know that we can be guilty of taking people for granted from time to time, but this song really reminds us to be grateful of our loved ones. Please share this article if, like me, you thought their performance was something special.