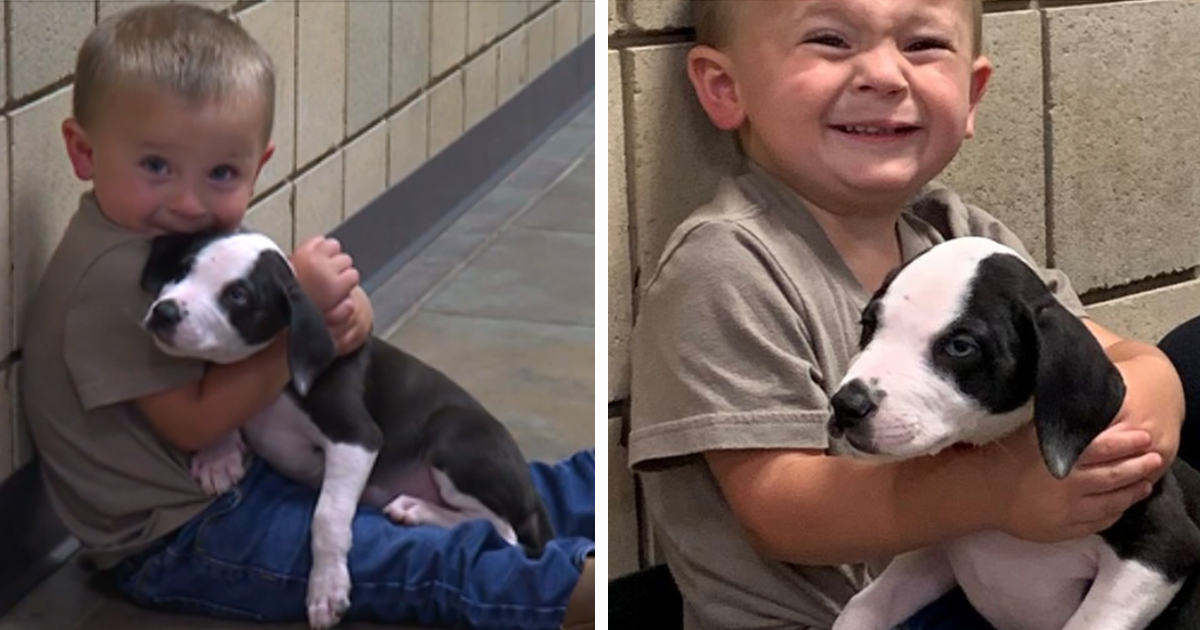 When Bentley Boyers was born with a cleft palate, his family would have been forgiven for having a sense of apprehension.

Not that there was anything wrong with their little boy, of course, but the world can be a cruel place sometimes, and bullies sadly remain prevalent in society.

Well, little Bentley, aged 2, has been given a huge reason to smile, after making a best friend in the form of a puppy who shares the same birth defect.

As per reports, the Michigan boy visited an animal center last week in his family’s local area. Bentley was there with his dad to check out two chickens they were thinking of giving a home to.

However, Bentley’s mom Ashley told how she received a call on the day her son and husband where gone, and it would ultimately be one that would see a new member added to their tribe.

“He FaceTimed me,” she explained.

What’s more, Ashley also told how she thinks the new puppy will show Bentley that he’s not alone in the world, and that he’s no different to anyone else.

“To see him have something in common with a puppy means a lot because he can grow up and understand that him and his puppy have something that they can share,” Ashley said.

Staff at the shelter, meanwhile, say the pup’s cleft lip hasn’t bothered her in the slightest.

Lydia Sattle, animal services director for Jackson County, Michigan, said: “Her disability is really not holding her back and as she grows, they’ll be able to see more if there’s anything changing that has to do with that, but she’s really doing well.

“She might look a little different than a normal dog would, but it’s not slowing her down at all.”

It just warms my heart to see stories like this one. Imagine the world we could live in if bullies didn’t exist and everyone was made to feel welcome regardless of how they looked.

Share this article on Facebook if you want to wish Bentley and his new pup all the very best moving forward.