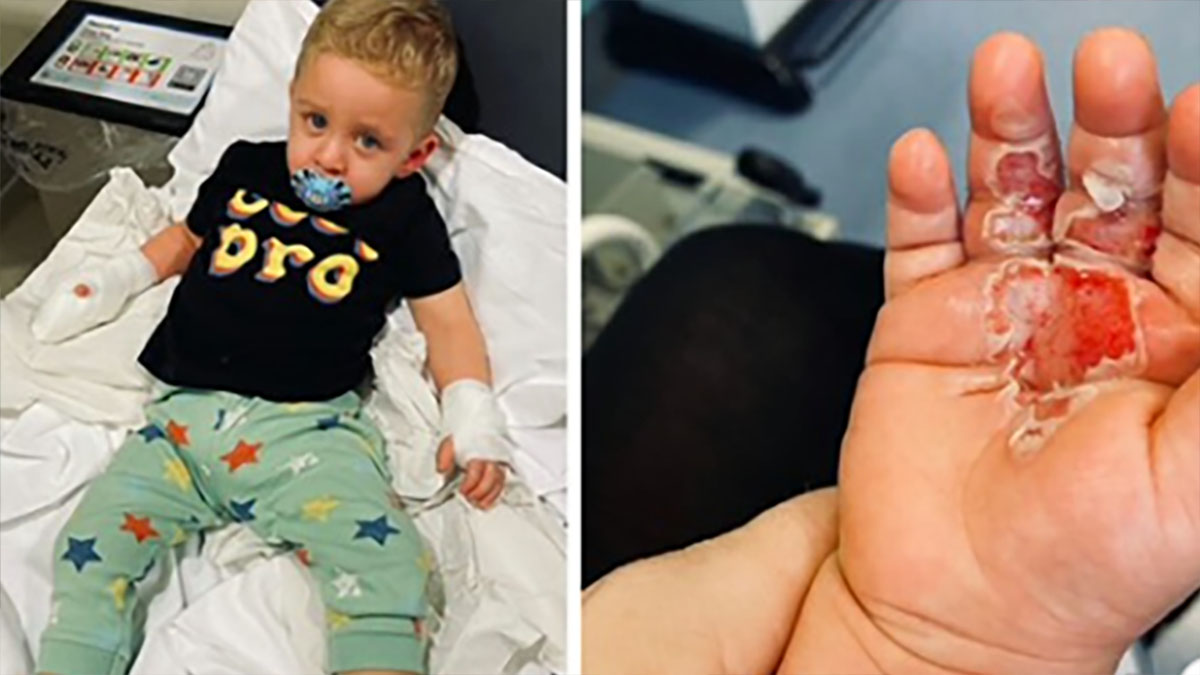 Any parent knows that taking your eye of your toddler for a second can mean trouble but one mom was shocked to discover what her toddler managed to get into.

Louise Chester had turned away from her vacuum to unplug it, taking her eye off her one-year-old son for a second.

While doing so her son Henri Chaudry had managed to topple over the device and turn it on. The powerful suction on the vacuum then managed to suck up the toddler’s hand.

Frantic mom Louise turned it off and released her distraught toddler to find he had a friction burn on two of his fingers.

She rushed him to hospital where he was treated for burns but when he returned home he developed a high fever and rash.

Henri was diagnosed with toxic shock syndrome – a rare, life-threatening complication of bacterial infections which can be deadly if not treated quickly.

‘My back was turned for a second’

The mom of four from Warwickshire, England, said: “I couldn’t stop crying for days after; the pain he must have been in from this burn, it was heartbreaking.

“The vacuum was upright and switched off but he managed to kick it over and turn it on when my back was turned for a second,” she said, as per The Sun newspaper.

Her 20-month-old son endured the injury when Louise turned her back to unplug the vacuum cleaner from the wall of her home in October.

“He ended up being in hospital for five days as he was quite poorly – it was horrific for him and heartbreaking for me to see,” she told the British newspaper.

“He has still got some scarring now but fortunately it has healed well.”

Now the worried mom wants to warn others about the potential dangers of a vacuum cleaner when there are toddlers in the house.

We hope little Henri has fully recovered from his ordeal.

Please share Louise’s important message with all the parents you know.