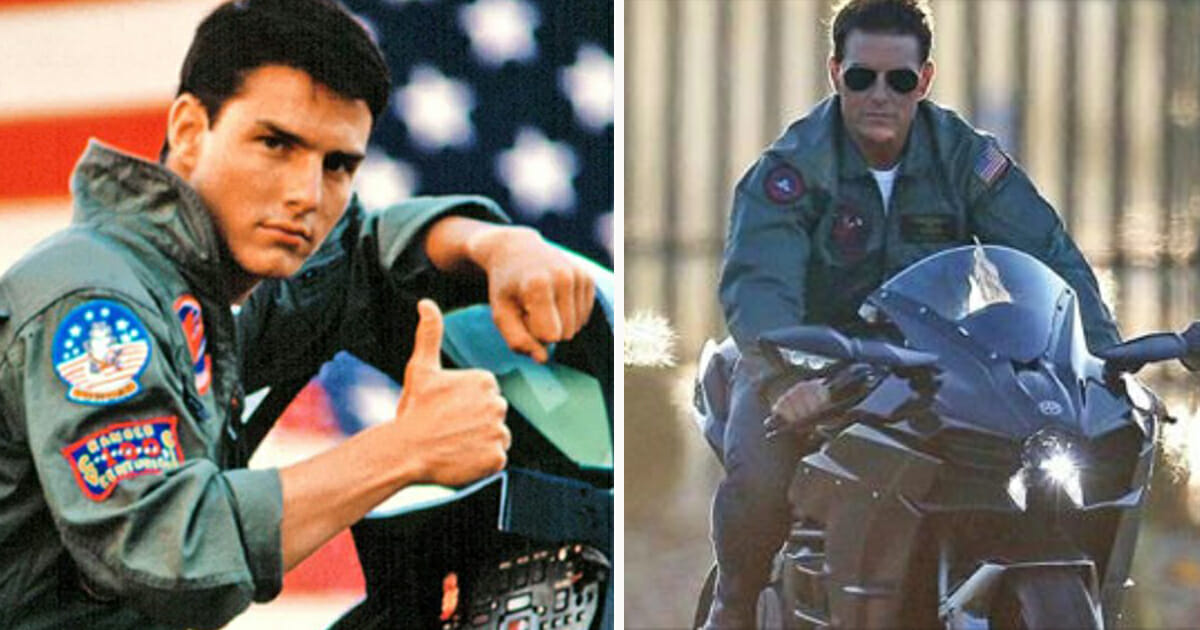 Tom Cruise flew into hearts all over the world when he appeared as Tom ‘Maverick’ Mitchell in 1986’s Top Gun, and he’s proven pretty hard to dislodge since.

Well, for all you Cruise fans out there, we have some good news. Not only is Top Gun 2: Maverick set to be released in 2020, but Tom Cruise looks virtually the same as he did over two decades ago.

We’re not kidding. Judging from pics from the set of the sequel, either Cruise has stumbled upon the secret to eternal youth, or he’s just done a really, really, good job of keeping himself in good knick. We’ll let you decide which one …

Unless you’ve been living under a rock, or I’ve gotten old without realizing it, you’ll know Top Gun. The film’s famous for many things, not least making a blockbuster star out of a fledgling Tom Cruise.

Well, more than two decades later, the now-56-year-old actor is set to reprise his role as Tom ‘Maverick’ Mitchell, who is now an instructor at the Naval Air Station Mirramar in San Diego, California.

Stills from behind the scenes have found their way into the gaping maw of the internet, with Cruise seen riding a superbike and sporting his legendary bomber jacket/aviators combo.

More pics of @TomCruise on the set of #maverick #topgun2 #tomcruise ❤️❤️❤️❤️ pic.twitter.com/N02cjgfYHX

Cruise isn’t the only one returning to duty, mind, just the biggest star. Val Kilmer is heading back to base as Lt Tom ‘Iceman’ Kazansky, and Miles Teller, Glen Powell, Jennifer Connelly, Jon Hamm and Ed Harris have all been announced as cast members.

What sticks out from the images the most, however, is perhaps the fact that Cruise himself appears to have changed so little, despite the original Top Gun being 22 years old.

Well, I certainly hope I retain as much youth as Tom Cruise does when I’m his age.

If you’re a fan of the original Top Gun film, share this article on Facebook to pay tribute to a fantastic piece of cinema.