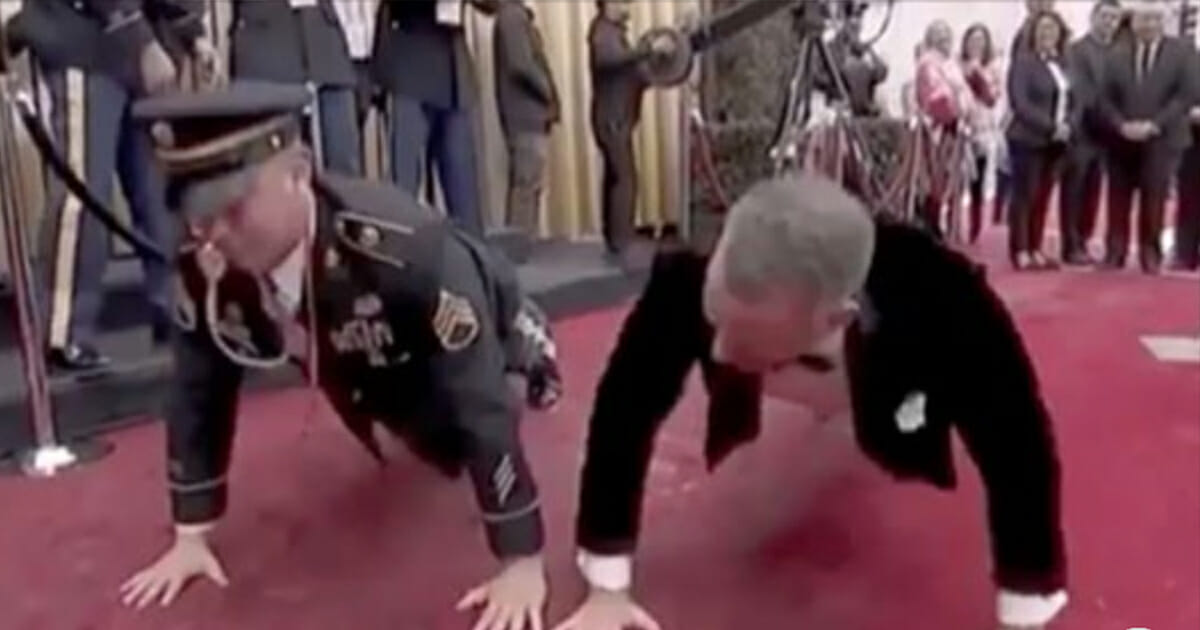 When it comes to celebrities who have stood the test of time and remained at the top of Hollywood without blemish, they rarely come more squeaky-clean than Tom Hanks.

The 63-year-old actor has made a reputation for himself not only as a terrific actor but also as an all-round good guy, one who’s never late fame and fortune get to his head.

Fans were given another insight into the Castaway star’s often light-hearted approach at this year’s Academy Awards, where Hanks got down on the red carpet to bust out a few push-ups alongside a US Army sergeant.

We’re not kidding, Hanks, who lost out in the ‘Best Supporting Actor’ category to Brad Pitt, dropped and gave onlookers twenty (or at least a few), cheered on by other soldiers.

As per PEOPLE, Hanks has enjoyed a special relationship with the US military after it was inducted as an honorary member of the U.S. Army Rangers Hall of Fame for his portrayal of WWII captain in Saving Private Ryan.

Needless to say, his push-ups took most of the world by surprise, with a series of confused reactions to be found on the internet.

Hanks had been nominated for ‘Best Actor in a Supporting Role’ for his role in A Beautiful Day in the Neighborhood.

God bless you, Tom Hanks! We hope you never change.

Share this article if you, like us, think Tom Hanks is a positive role model for the next generation.