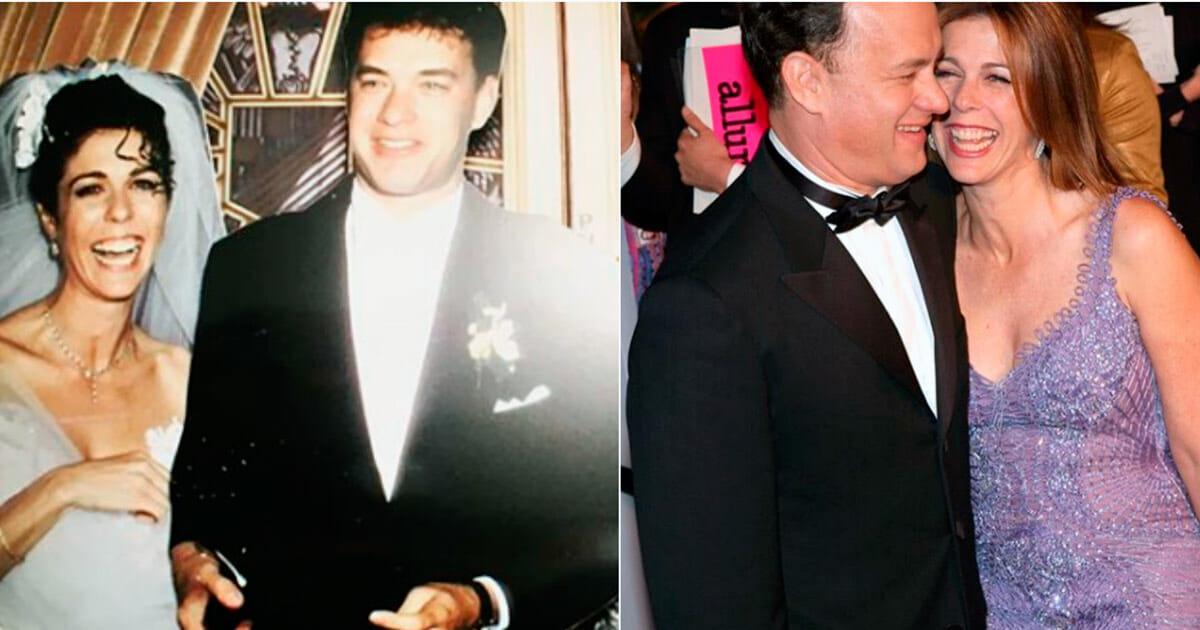 In today’s world of change and knee-jerk decisions, it’s more important than ever to celebrate the commitment of couples who withstand the test of time.

Over a period of three decades, Hanks and Wilson have supported each other through thick and thin, raised children and continued to provide the world with happiness and warmth.

When their 30th anniversary came around, Rita decided to pay tribute to her husband in the best way she knew how.

Prior to being a couple on the Hollywood A-list, Tom and Rita were just two common souls who found love in one another.

Hanks himself had recently divorced his first wife, Samantha Lewe, and was concerned about getting serious with another woman.

In an interview with the “Sooo Many White Guys” podcast, Hanks revealed just how he felt about Rita the first time he met her:

“I will say that right from the get-go, I thought there was something crazy great about her. I met her and I thought ‘Oh Lord’… there’s something cookin’ here.”

@jeanpagliuso What a great photo of @tomhanks when he was a very young man. Let me know if you ever come across anything you shot of me for Star magazine ( not the tabloid, but the teen magazine.) your new book is stunningly beautiful. #photography #photographer #blackandwhite

Turn the clock forward 31 years and their love for one another remains as strong as it ever was.

To pay testament to their enduring relationship last year, Rita shared a throwback cardboard-cutout of their wedding day, with both her and Tom stood beside it as they are now.

Tom recently told PEOPLE Magazine, that the pair can’t really attest their longevity to any sort of secret.

“I wish there was a secret, you know. We just like each other. You start there… I still can’t believe my wife goes out with me. If we were in high school and I was just funny, I’d never have the courage to talk to her…

“They say it must be hard work. No, it’s not. Every now and again you know, you gotta get over some stuff but life is one damn thing after another and it’s actually more pleasant to be able to go home with someone you like to spend time with in order to get with it.”

When Tom was asked about his marriage by US Weekly, he had additional answers:

One of the toughest times in their relationship was when Wilson was diagnosed with breast cancer in 2015.

Thankfully, the doctors discovered it on an early stage and Wilson was able to undergo treatment. Of course Tom Hanks was there for her every step of the way. 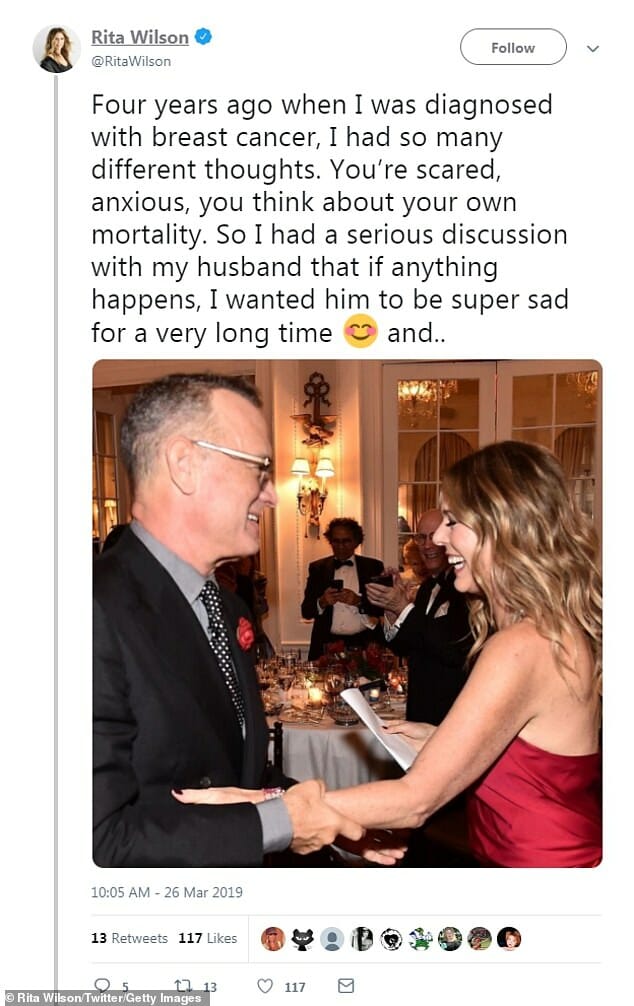 Great to know that their marriage has lasted and stood the test of time – I wish them many more years of happiness!

How great it is to see a down to earth Hollywood couple who haven’t let fame separate them over the years?

Are you a fan of Tom Hanks or Rita Wilson? If so, SHARE this article to celebrate their ”untouchable” marriage.