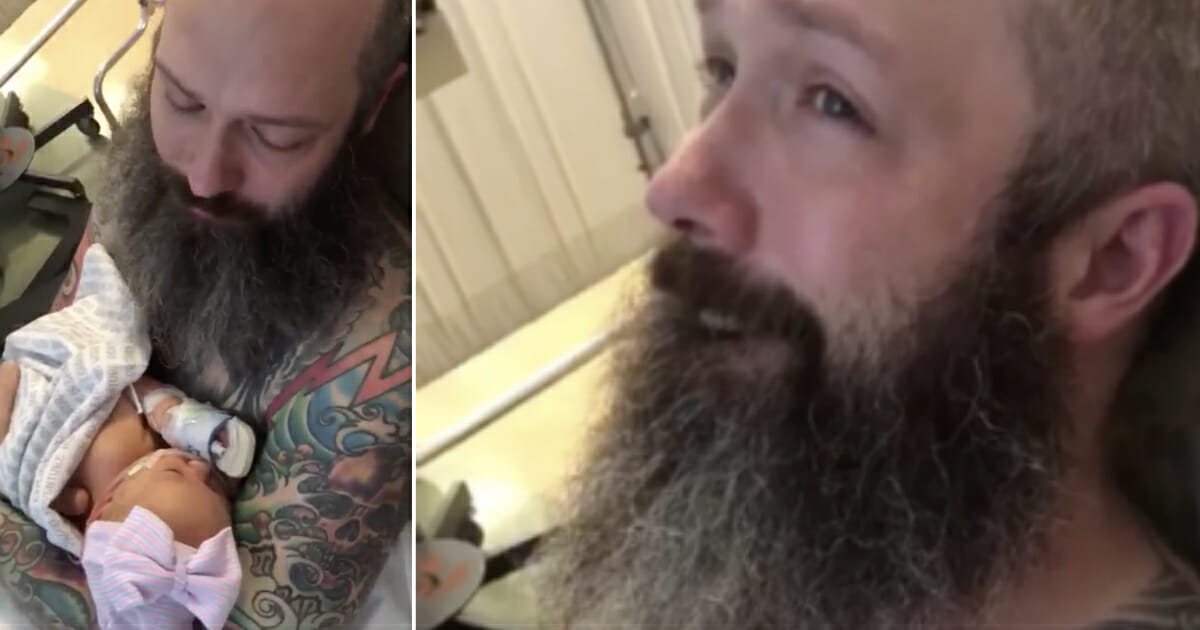 There’s little we can think of that’s a more pure moment than holding your child for the first time. This child, who just entered the world, is a clean slate: he or she is so new and innocent that it’s hard to think that anything bad can happen to this little one.

But not every child enters the world without a fight. That was the case of baby Ivy—and you can only imagine how emotional her parents were when they finally got to hold her in their arms days after her birth.

Mom Zahra Damballah gave birth to Ivy on March 6th, but as soon as she saw the doctors’ reactions she knew that something was wrong.

She told Fox 17, “She was out, but something wasn’t right. The staff was bustling around, counting the minutes. One minute, two minutes…five minutes, six minutes. Potentially, the longest 6 minutes of my life. She was unresponsive. How could this be?!”

Doctors gave Ivy 6 minutes of CPR before she was revived and put on a ventilator. It took an anxiety-inducing 32 minutes for her to make her first sound. After 2 hours, she took her first unassisted breath.

Her first days of life were hard: she spent the first 3 days of life on a cooling bed, and doctors put her into a hypothermic state. They said that this would help prevent brain injury due to her delayed start. Doctors also said that her parents couldn’t even hold their own daughter for the time being.

“We could touch her, but not pet her. We could whisper softly, but not talk,” the new mom added. “The hospital had cameras on each baby in the unit so we had family tuning in from all over the country to watch and root for her.”

They never lost hope, and finally, 5 days after Ivy’s birth, Zahra and Ivy’s dad, Ocean, were finally able to hold her. The video below if of the emotional ‘tough guy’ dad breaking down in tears.

“Ocean broke down and just melted as soon as soon as she was in his arms,” Zahra said. “She rested in his warmth gazing up at him as his tears rolled into her. It was clear he was going to be the best dad ever.”

Ivy’s fight wasn’t over: she spent an additional two weeks in the NICU before she was finally brought home. Now, at 7 weeks old, she’s thriving!

This is such a beautiful moment! This dad will cherish every moment spent with his daughter throughout the many years they will spend together. Please share if this made you think of the birth of your babies and grandbabies!