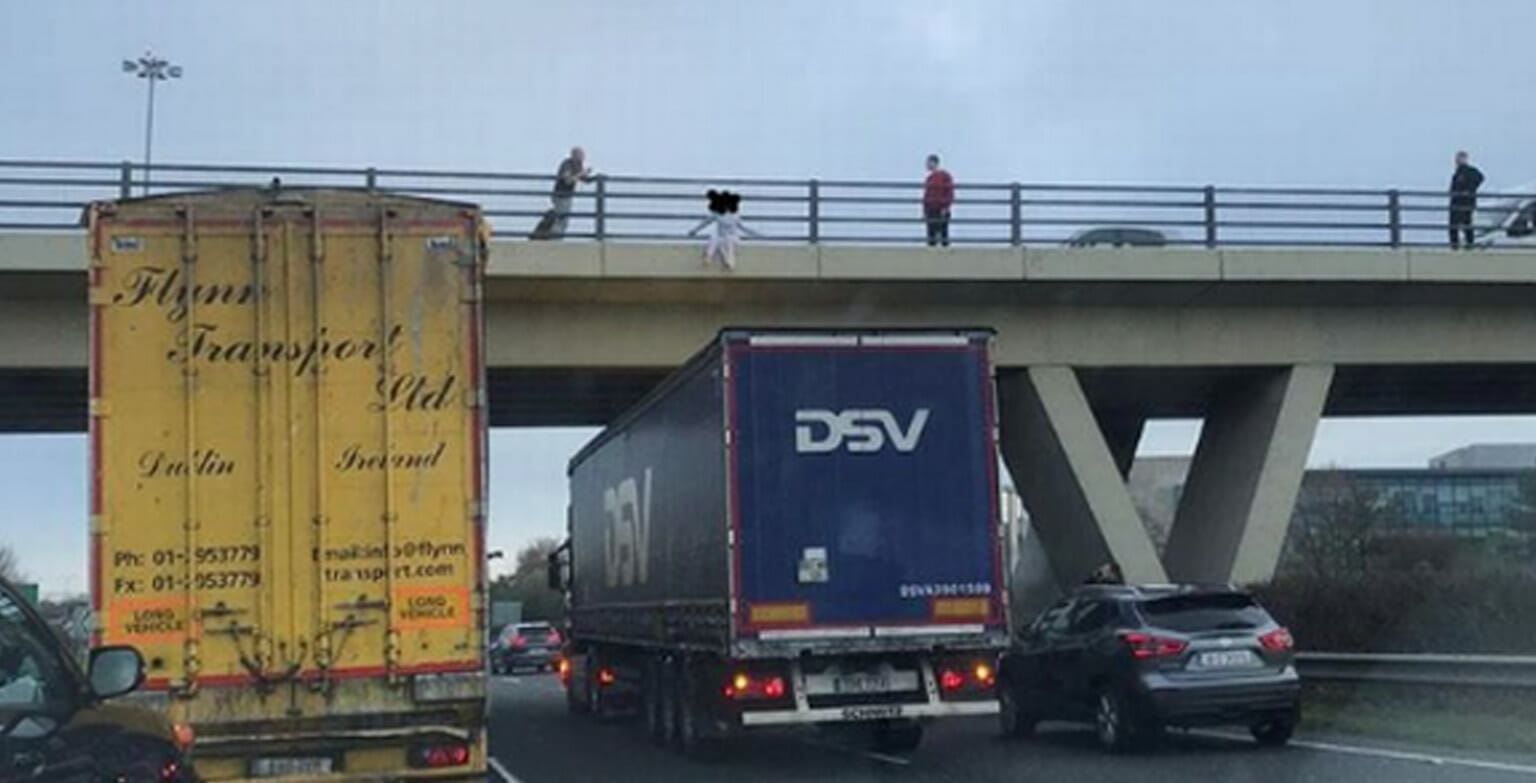 This festive time of year can be especially difficult for some people; the reminder of loved ones no longer with us, increased feelings of loneliness and the pressure to get everything perfect, can be a tipping point for those already struggling in life.

In Dublin, Ireland, one woman stood on the edge of a highway bridge and to thousands of commuters passing by, appeared to be threatening to jump.

As the woman held onto the outer edge of the railings of a bridge over a very busy commuter highway those who saw her were shocked at the possibility that she may jump.

Stopped truck underneath the woman

But one driver decided to stop and do what he could to help the woman, who was clearly in distress.

Photographer Keith Dunn captured the powerful moment when the driver stopped his truck underneath the woman to stop her from jumping into the path of oncoming vehicles.

It’s unclear how long the girl had been there, but the photographer told the Irish Mirror that if the girl had jumped she would have been seriously injured or even killed with the number of vehicles passing under the bridge that day.

Two girls had even stopped to try and talk to the girl when the quick-thinking truck driver stopped his vehicle underneath her.

“She was going to jump at Naas today,” Keith said adding, “but an Artic lorry stooped under her.”

The photographer described the lorry driver as a ‘hero’, according to the Irish Mirror, adding, “Not all heroes wear capes, it’s not a nice time of year to feel like you have to end your life, talk to someone, anybody please.”

The truck driver, who has not been identified, has attracted praise from members of the public who have thanked him for “probably saving” the girl’s life.

While another wrote: ” Good thinking by the truck driver, fair play to him. I just pray that poor woman gets the help she needs.”

Please share to encourage others to reach out if they are struggling this time of year and if you know anyone check in on them and ask if they’re okay.