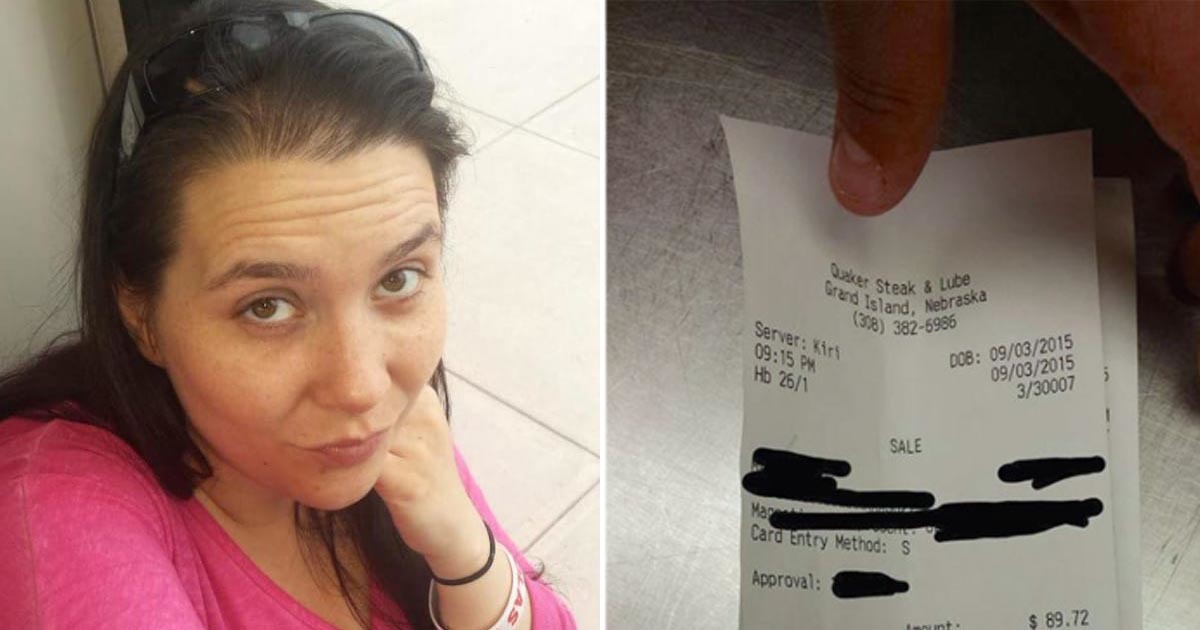 Kari Anthony is a bartender at Quaker Steak & Lube bar in Nebraska, USA. She is also a single mother of three young children, and works extremely hard every day to put food on the table.

This is something one of her guests could easily see when he visited the bar one day – and he decided to really show her that he valued her hard work!

It was an ordinary day at the restaurant for Kari. A truck driver soon walked in for a bite. Nothing unusual about that either – except it would turn out that this truck driver had a heart of pure gold.

It was late in the evening and both waitress and truck driver were tired after a long day’s work. They yearned to get home to the warmth of their family.

After some time, they began to talk about their love for their families, something they both related to. Kari talked about how she wanted her three children to have everything they could possibly wish for in the world – the truck driver meanwhile shared sad news about his mother’s recent passing.

The truck driver ate and prepared to hit the road again. His bill came up to $89. The mother of three was expecting the usual few extra dollars as tip.

So you can imagine her shock when she looked at what he’d left her on the bill: a stupefying $1,000 tip.

She told the driver that he absolutely did not have to leave such a crazy high tip. But he insisted.

But Kari did not give in. She shook off the shock and went to see her manager, who then went to the truck driver to ask if he was serious.

The driver simply calmly responded that he knew what he was doing. That was indeed the tip that he’d chosen to leave the mother of three.

He knew that she was fighting for her family and felt her struggle.

Kari finally accepted the tip and the truck driver told her to do something fun with the kids with the money. She kept her promise. The family visited the city market which was held once a week – something they normally could not have afforded to do.

“Usually, because of my situation, I would not have been able to do this. But now I could, thanks to this gentleman. I am so incredibly grateful.”

This truck driver has a heart of gold. Please share if you agree!