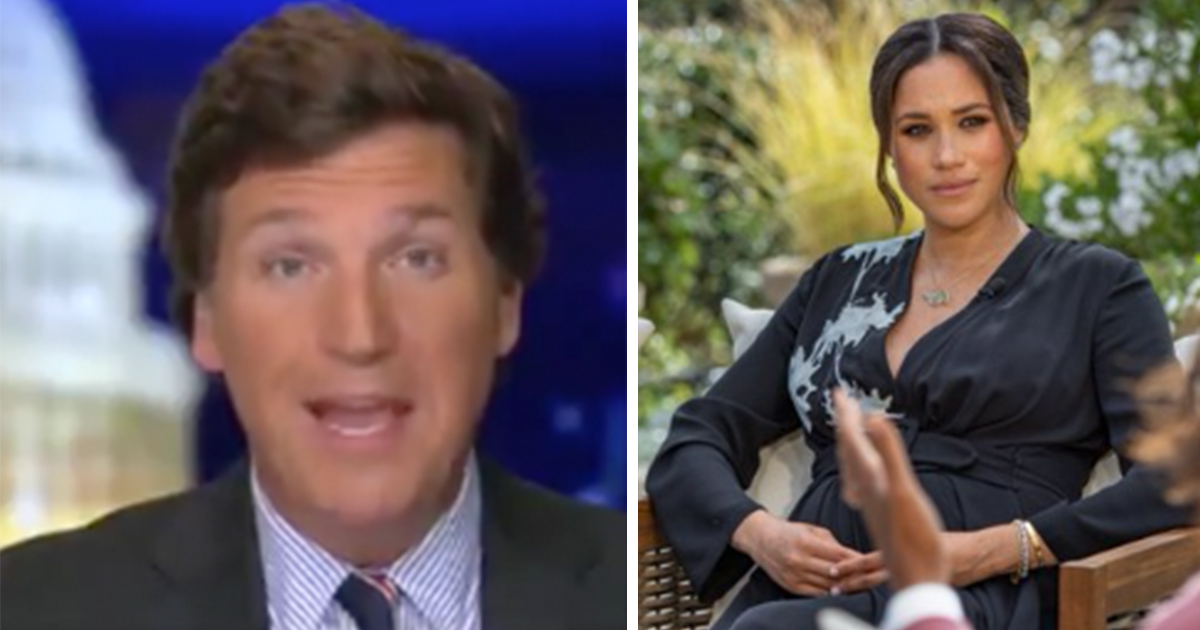 When news came down the line that Harry and Meghan had taped a tell-all interview with Oprah Winfrey, we collectively held our breath and waited for the bomb to explode.

When it did – that is to say when their interview finally aired this weekend – the blast radius covered the entire planet.

One thing’s for sure: the British royal family certainly didn’t.

I mean, the fact that Harry and Meghan had become disillusioned with life in the royal sphere wasn’t exactly anything new.

One need only look at their timeline for the past 12 months to deduce that something – if not a good many things – had gone awry. Cracks first began to show when speculation over Meghan’s happiness became a major talking point in the British tabloid press.

What followed was the groundbreaking announcement last January that saw Harry and Meghan confirm they would be taking a step back from their royal duties.

A string of further complications ensued, before it eventually became clear to all and sundry that Harry and Meghan would no longer be royals in the literal sense of the word. Instead, they had their sights set on a post-palace life, and one that would see them living across the pond in the U.S.

Needless to say, scrutiny as to the inner-workings and finer details of their decision was rampant. While they were still technically representatives of the royal family, however – which they were until recently – their hands were tied and their mouths, in effect, gagged.

If the interview with Oprah proved one thing beyond all doubt, it’s that Harry and Meghan have no intention of returning to the royal fold. As a result, the couple were able to talk freely of their struggles since getting married in 2018, and their admissions led to some seriously interesting headlines.

Not only did Meghan tell Oprah that she had felt let down by the British royal family “perpetuating lies” about she and Harry (as had been revealed in the interview’s trailer), she also revealed how her life in the U.K. got so bad that she considered taking her own life and couldn’t be left alone.

Add to that allegations that she had been asked by members of the family on more than one occassion what colour skin she and Harry’s child, Archie, would have, and you have a recipe for disaster.

The Queen of England herself released a statement this week, describing herself “deeply saddened” by the revelations and promising that the Palace will be investigating them.

Yet whilst many people the world over have been forthright in their support for Meghan and Harry, the couple still have their detractors, namely those who have accused Meghan of lying – or at least exaggerating – her torment.

You can count controversial Fox News host Tucker Carlson amongst them.

The fact that Tucker has weighed in should come as little surprise, and he opened Tucker Carlson Tonight on Tuesday by launching a scathing attack on Meghan and some of the things she had divulged with Oprah.

More specifically, the conservative host cast his doubts over Meghan’s claims that the Duchess of Cambridge Kate Middleton had made her cry during the days leading up to her wedding with Prince Harry.

Carlson said: “Here’s this royal person, one of the most famous and fawned over people in the world telling Oprah that she was incredibly wounded because she got into some sort of petty argument about dresses with her sister-in-law at her wedding three years ago. So stop the presses.

“She and her sister-in-law had a tiff about clothes. That’s never happened before. She thinks this is important enough to bring up in a television interview. It was her 9/11. So of course she considers it newsworthy. OK, so she’s a narcissist.”

Meghan’s gripe with the royal family concerning this specific issue centered around their perceived failure to correct the British press when articles were circulating suggesting that Meghan had made Kate cry, not the other way around.

“They were willing to lie to protect other members of the family,” Meghan told Oprah, “but they weren’t willing to tell the truth to protect me and my husband.”

Covering Meghan’s allegations as a whole, Tucker went on to state that he didn’t believe she had a right to feel oppressed after wedding into the royal family.

He continued: “What she’s really saying is that despite her enormous wealth and fame, despite the fact she never has to cook her own dinner or drive her own car ever again as long as she lives … she is, and this is the headline here, she’s actually an oppressed victim.

“She may look powerful, but she’s powerless.”

Needless to say, opinions on the interview with Oprah appear to be much like mouths in that everyone has one. Whether or not people like Tucker Carlson have the right to call Meghan a liar based on no evidence at all is another matter entirely.

What did you think to the allegations that Harry and Meghan made in their bombshell interview?

Have your thoughts on the royal family changed any in light of the revelations? Do let us know in the comments box on Facebook.

Meanwhile, share this article on social media so that others can also offer their opinions. We always strive to encourage healthy debate!