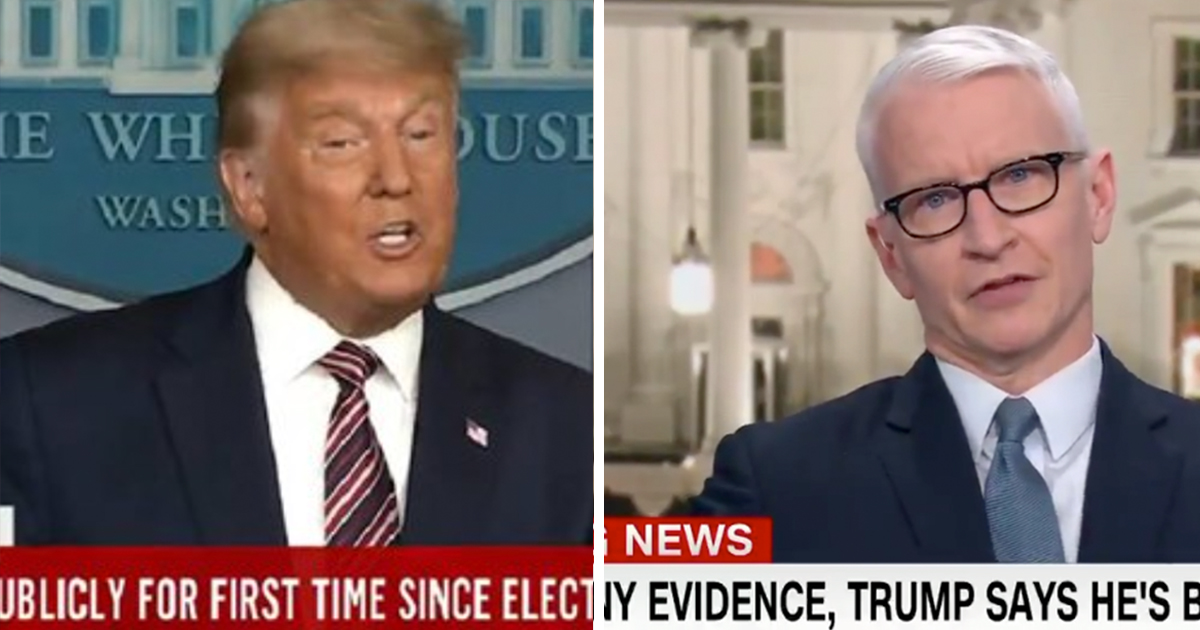 President Donald Trump was cut off by several major TV networks halfway through what one reporter described as his “most dishonest speech ever”.

As per reports, Trump has doubled down on his claim that the Democrats’ rising lead in the election is the result of fraud, despite having no evidence to back the claim up.

At the time of writing, the Associated Press has Biden leading the race to become president with 264 electoral votes to Trump’s 214. Several states, including Pennsylvania, Georgia and Nevada are yet to be fully counted.

Yet the latest figures and reports appear to lean towards the fact that the Democrats could win, with Biden then replacing Trump in the White House.

This is something Trump, it seems, isn’t ready to accept.

The POTUS gave a speech yesterday in which he accused his rivals of cheating. Major networks including MSNBC, ABC, CBS, CNBC and NBC cut away from the statement so as not to air a baseless narrative.

CNN, meanwhile, aired the clip in full with the caption ‘WITHOUT ANY EVIDENCE, TRUMP SAYS HE’S BEING CHEATED.’ One reporter, Daniel Dale, then tweeted: “I’ve read or watched all of Trump’s speeches since 2016. This is the most dishonest speech he has ever given.”

The anchor of NBC Nightly News, Lester Holt, also cut away from the conference and said: “We have to interrupt here, because the president made a number of false statements, including the notion that there has been fraudulent voting. There has been no evidence of that.”

CNN’s anchor Anderson Cooper commented: “That is the president of the United States. That is the most powerful person in the world. We see him like an obese turtle on his back flailing in the hot sun, realising his time is over.”

Trump went on to upload the video of his speech – along with further inflammatory comments – to his Twitter page. The social media giant responded by slapping warnings on several tweets to explain that they might be “misleading about an election or other civic process”.

It seems as though the end may have come for Donald Trump with respects to his run in the White House, but he’s certainly not going to go down without a fight.

What do you think about the president’s accusations against his rivals? Let us know in the comment box.