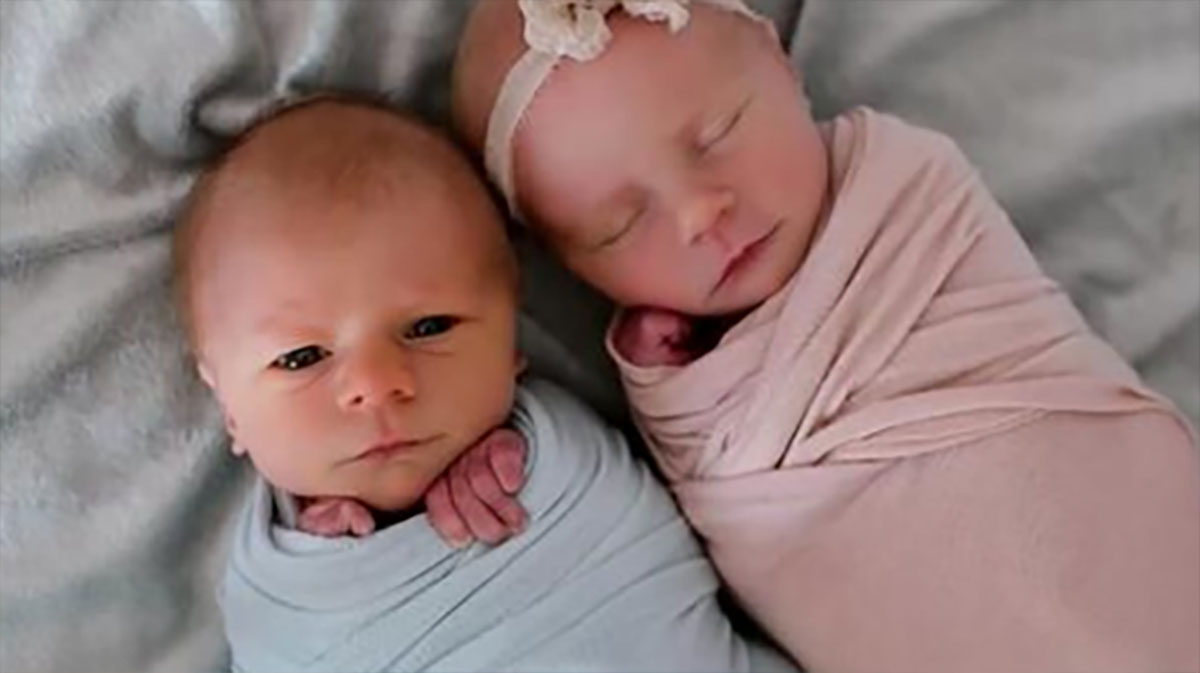 Couple Lyndsay and Matthew Brentlinger became the proud parents of twins – something they never thought would happen after doctors had told the couple one of their twins would be stillborn.

The Ohio couple’s son and daughter William and Reagan were born wide-eyed and perfect just days before Christmas 2016, but even though their son looked healthy the couple knew that their precious boy was dying.

William had been diagnosed with heart abnormalities while in the womb and doctors had prepared the couple for the worst.

A friend of the couple heard of their sadness and decided to do something for them to help the new family capture their precious time together.

She contacted local photographer Lindsey Brown, of Lindsey Brown Photography, and asked if she had any slots for a last-minute photoshoot. As it was so close to Christmas Lindsey was booked up but made an exception in this case.

Brown told HuffPost: “I knew immediately I had to do this for them. How could anyone with a heart say no to that?”

The couple’s friend Mandy Edwards arranged the photoshoot for a Christmas gift and two days later Lindsey met the family knowing that time was of the essence as nobody knew how long William had left.

“I could not believe how perfect they both looked,” Lindsey said of the babies.

“They were both in the five pound range when I photographed them. William was extremely alert, as if he was trying to take it all in, while little Reagan slept and barely opened her eyes,” she said, as per CNN.

“It was extremely bittersweet the entire time I was there,” she said. “They acted and looked perfect. You would literally NEVER have known something was wrong with sweet Will.”

A few days after their photo shoot, William passed away. He was only 11 days old.

Matthew Brentlinger, the twins’ father, told CNN affiliate WTVG that their days together with William were “the happiest 11 days of [his] life” and the photos will be there to remind them of that time forever.

Lindsey says her time photographing the twins will always hold a special place in her heart.

“Knowing they’ll be able to look back on [these photos] for the rest of their lives, and to one day show them to Reagan when she’s older, warms my heart more than I can put into words.”

These photos are beautiful and I’m glad their friend had the foresight to arrange this for the couple and Lindsey obliged.

Please share these beautiful moments with your friends and family.