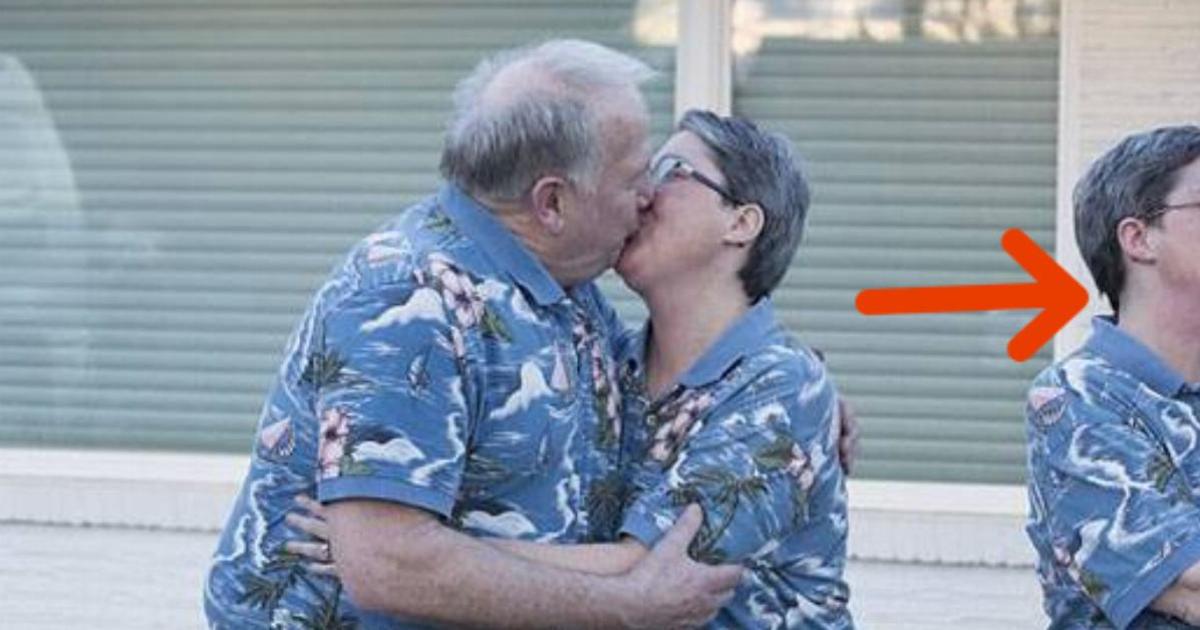 At first glance, Doug Malm and his wife Jill are an ordinary and happy middle-aged couple living in Ohio.

However, if you enter the house where they have lived for 24 years, you will quickly notice a pretty odd detail.

In the house also reside another couple – Doug’s brother Phil and his wife Jena. But that’s not what’s necessarily so strange…

Take a look at the two couple side by side – and you will understand why the neighbors can’t keep their eyes off of them!

Doug and Phil and Jill and Jena are each one set of identifcal twins.

Back in 1991, they all met during an annual twin festival in Twinsburg, Ohio.

Both pairs of siblings quickly grew fond of one another’s company. Although they lived over 320 km apart, the twins began relationships with their counterparts, mostly through phone calls and letters.

The following year, the four had a stroke of luck – Doug won a cruise for four to the Caribbean from a local lottery.

Brothers Doug and Phil asked twin sisters Jill and Jena if they wanted to come along – and the twin girls were thrilled to join.

Just a few months later, the two individual couples, made up of Doug and Jill and Phil and Jena respectively, were engaged to be married. On August 7, 1993, both couples were married in a big joint ceremony.

The brothers wore matching tuxedos and after trying out 53 different wedding dresses, the sisters finally settled for two exactly identical dresses they both loved.

Today, Doug and Jill have a 19-year-old daughter, while Phil and Jena have an 18-year-old son. The children are technically cousins, but grew up as siblings and are very close.

Many twins go in different directions as they grow up, in terms of style, appearance and goals.

But Doug, Phil, Jill and Jena are basically the same people as they were in their youth. They dress the same, have the same hairstyles – which needless to say does lead to people confusing them.

There are only 250 married twin couples in the entire world, according to Daily Mail.

The Malm brothers are both retired carpenters and nowadays they enjoy their free time playing golf and taking care of the house.
The couples have a relaxed attitude to their likeness and the fact that even they can get a little mixed up sometimes. But the outcome is always a good laugh.

One day, for instance, Doug sought comfort from his wife Jill after a bad day. He found her standing in the kitchen so he stepped right over, wrapping his arms around her and kissing her neck.

That’s when Doug realized that it was not his wife who stood there. Even though they had been married for several years, he accidentally kissed Jill’s twin sister Jena.

Some have expressed disapprovement at the twins’ unique arrangement. But Jill says, “It’s been so many years I don’t think we pay attention to what happens anymore.”

Phil also says he cares little what others think.

“Our relationship works and we don’t try to preach to other people. This is who we are. We are not going to change them or even try.”

To be fair, this certainly does seem rather crazy – but both couples seem to be happy, so who am I to judge?

I think it’s courageous to dare to live a life they believe in and enjoy. Love is what matters most at the end of the day, and these two couples certainly seem to make the most of it!

Feel free to share this story with everyone you know on Facebook, so that more have the chance of discovering this very special family!