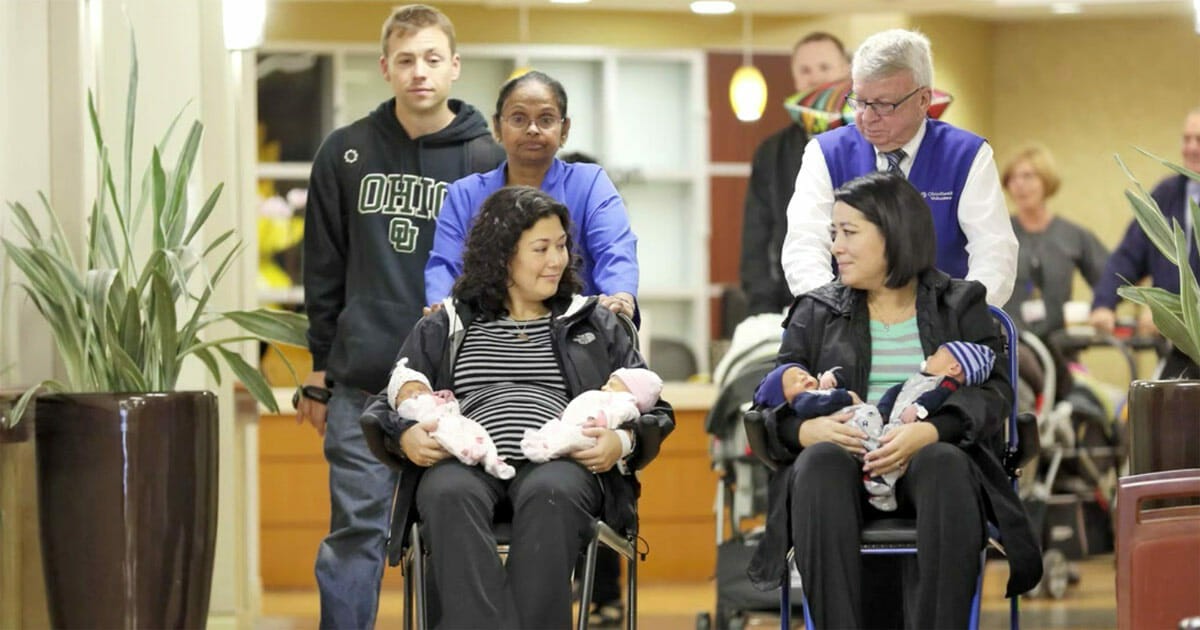 After five years of struggling to have their own children, Annie Johnson and her husband Joby decided to seek help.

That’s when Annie’s older sister, Chrissy, presented them with an offer that made everyone sit up and take notice.

It would transpire that her proposal, however, was only the first in a series of unbelievable surprises to befall the family … Annie’s sister, Chrissy, already had two young boys. Both of her pregnancies had come and gone without problem or complication.

But when she realized her little sister Annie was struggling to conceive – a fight she’d waged for half a decade – she knew she had to help. Chrissy understood what great joy it was to have children; she wanted her own sister to experience it too.

“It was heartbreaking. When they started having problems getting pregnant it was devastating to watch,” Chrissy told the Daily Mail.

It was then that she had an idea. She had a proposal for Annie and her husband, one that entailed her becoming a surrogate mother, if Annie and Joby were prepared to give it a try.

After all, doctors could mix her sister’s eggs and Joby’s sperm inside of her, allowing her to fall pregnant and carry Annie’s baby to term.

Annie and Joby were obviously taken back by the offer, but following strong consideration they agreed to begin the process.

Doctors inserted two embryos into Chrissy and fertilised them with Annie’s husband’s sperm. Since Annie was on the same cycle, they decided to place two in her as well, just to give it one more try. Before long, it wasn’t just Chrissy feeling the symptoms of pregnancy, but both of the sisters. They dared not believe it could be true.

Annie revealed to the Daily Mail how it felt when doctors performed the first ultrasound.

“They found one in me and then they moved over and saw another little sac with another flickering heartbeat, and we knew that we still had Chrissy left to go,” Annie said. Incredibly, Annie and Chrissy were both pregnant with twins! After five years of repeat failure, Annie and Joby were now expecting four children.

And if that wasn’t bizarre enough, the sisters were due to give birth on the same day!

Since both had planned to go with a Caesarean section, Chrissy decided to deliver first, so that her sister could see her boys coming into the world.

So it was that two sons, Charlie and Tommy, came into the world. A short while later, Annie welcomed her own set into the world, Gracie and Haddie. Even though they’re born of two different women, the two sets of twins are biologically healthy, and technically quadruplets.

The exciting birth of the four children was, of course, a once-in-a-lifetime experience for the whole family.

“Trying to get at least one baby, we are just so excited to take all four of them home and they’re all healthy,” said Annie.

Being told you can’t have children is a devastating blow to many. It’s common for those affected to experience feelings of shame, insufficiency and sorrow.

Which is why I’m delighted with how this story ended. I’m sure Annie and Joby will be model parents, even if Chrissy’s offer gave them more than they bargained for.