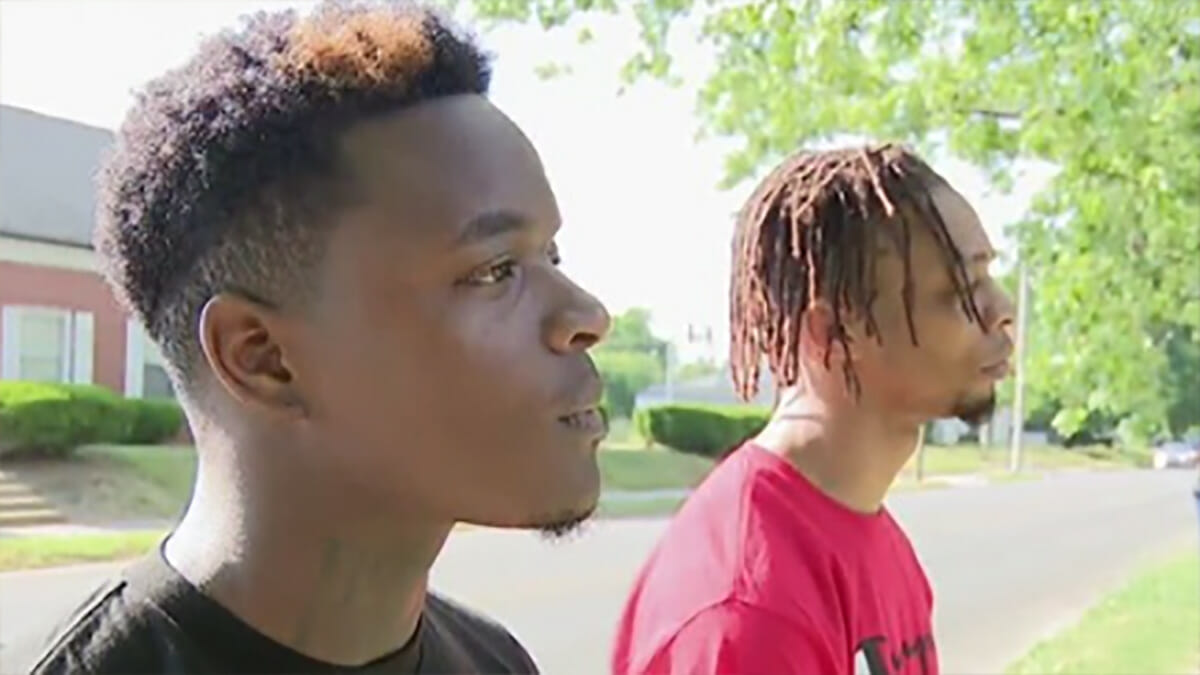 Two young men risked their lives facing a house fire head on to save a stranger.

Tre Jones and his friend Harvey were passing through their neighborhood in Marion, Indiana, when they saw a group of people gathered outside a house.

As they got closer they saw flames coming from the house.

“I’m like ‘I smell some smoke. Somebody’s house is on fire,'” Tre said, as per WTHR News.

“There’s people in the front yard, some of them recording.” added Tre.

“They basically tell us there’s a guy inside the house,” Harvey added. “We didn’t know where he was at, just heard him screaming and everything.”

The man inside the home 56-year-old Guy Tarlton, had fallen asleep while cooking dinner on Father’s Day and woke up surrounded by flames and smoke.

Ran into house fire to save stranger

“Then I started hearing him,” Tre explained and then said to the people outside his home: “I’m like so why are you all just standing there?”

These brave young men then decided to risk their own lives and run into the burning building to save the man screaming for help.

“I kicked the door open and boom, and then fire and smoke started coming out,” recalled Tre. “When I heard his voice screaming, I just felt like I knew I could get him out. I didn’t know how far he was in the house. I knew I was in a better position than he was.”

Tre and Harvey had to ask the man where he was as they couldn’t see anything; they ended up feeling him on the ground and pulling him out.

The two young heroes pulled him out and emergency crews rushed him to hospital where he is said to be in a critical condition.

“I wish him the best recovery, and I’m praying for his friends and family,” said Harvey.

Meanwhile the community has come out in support of this brave duo with many calling them superheroes, Tre said, as per Fox 59 News.

These two men deserve all our praise, I think they’re superheroes.

Please share so more people know about this courageous duo.